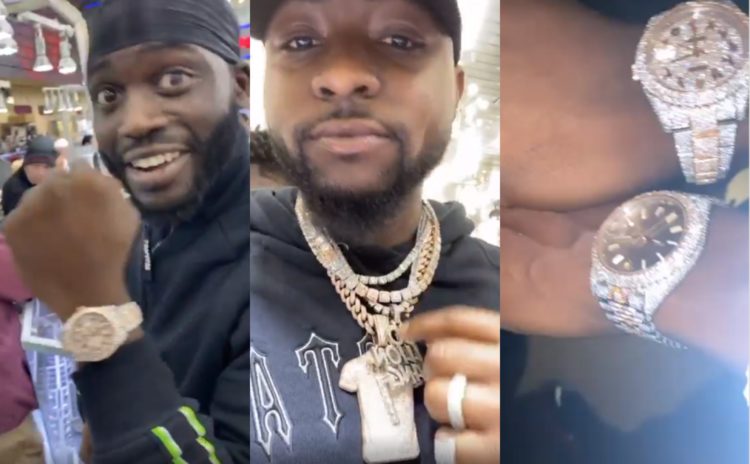 Nigerian singer, Davido who is known for his lavish lifestyle stopped over at a jewelry store in New York with his crew members to buy himself a well deserved birthday gift. The singer who turned 27 yesterday took to his Insta story to share videos of the new gem stones he just purchased.

Having splashed about N60 million on a Richard Millie timepiece and N4.5 million on a Cartier glasses, Davido has coughed out another huge sum to get a set of Diamond chain and wrist accessories.  See photos and video below: 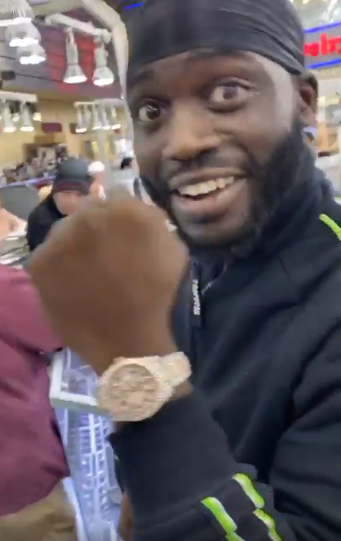 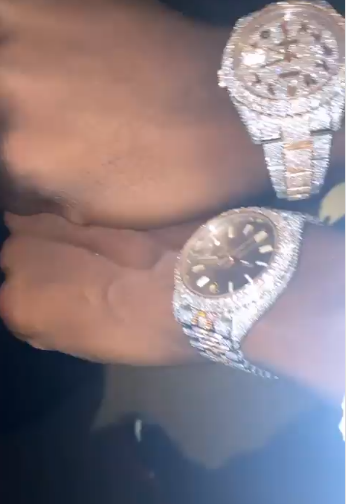 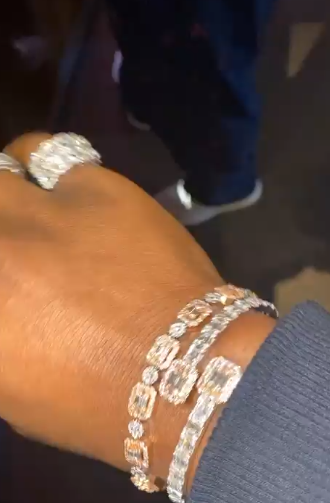 Recall yesterday was Davido’s 27th birthday and it saw Chioma and Perruzzi shading him for lying about his age. In an instagram post on Peruzzi’s page, he wished the father of three happy birthday and stated that only God knows his real age. Under the comment session, Chioma, who is Davido’s fiancée jokingly said He has been 27 for three years and might claim to be 26 by next year.