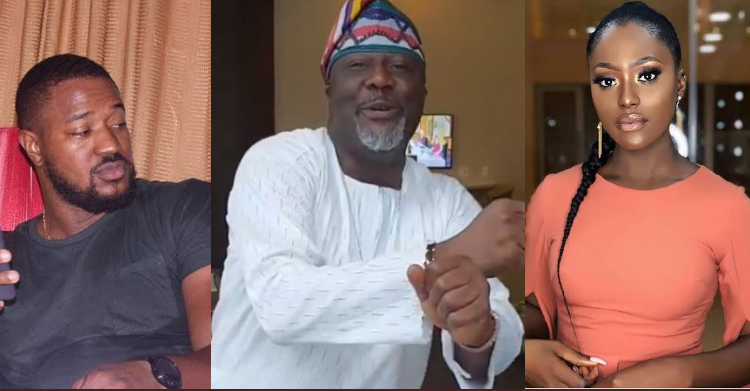 Popular politician, Senator Dino Melaye plants a new career for himself in the Nigerian movie industry, Nollywood. The Kogi state senator; whose poll business remains unifinished in Kogi state, has been featured in a new Nollywood movie, which will premiere next month. Dino Melaye’s fate in the Kogi elections is yet to be decided as INEC have postponed the supplementary election in the Kogi West senatorial district to the 30th of November. But that’s not a barrier for Dino whose movie career is about to turn into a new business for him.

5 popular celebrities Hushpuppi was spotted with before he…

We gathered that the new movie is titled Lemonade. It was produced by, Joy Idoko, who has now revealed that Melaye played the role of a “distinguished senator.”

Joy Idoko while commenting on Dino Melaye’s contribution to the movie via her Instagram handle said, “This you would really really want to see, the most distinguished Senator @dinomelaye plays himself in Lemonade. Some times it takes a wiser set of eyes to help you see what is right in front of you. (sic)”

At the end of the day, family is everything – Alexx Ekubo shares photo of his parents and siblings