Nigerian singer, Chidinma has been rumored to be in a romantic affair with colleague, Flavour. She has also been reported to be in a relationship with singer, Kizz Daniel at a point in time. Now she has resurrected her dating rumors with Flavour after she took to instagram to share a photo of them in a traditional attire leaving only a love emoji as caption.

The suggestive photo raised eyebrows and has also prompted Cool Fm O.A.P Dotun, to react. OAP Dotun took to the comment section to request for an update on their wedding date. In his words “CHIDINMA STOP WORRYING OUR HEAD, GIVE US DATE MAKE UNA MARRY WETIN HAPPEN NA” The post which she captioned with love emoji has got fans wondering if this real love or a music video. 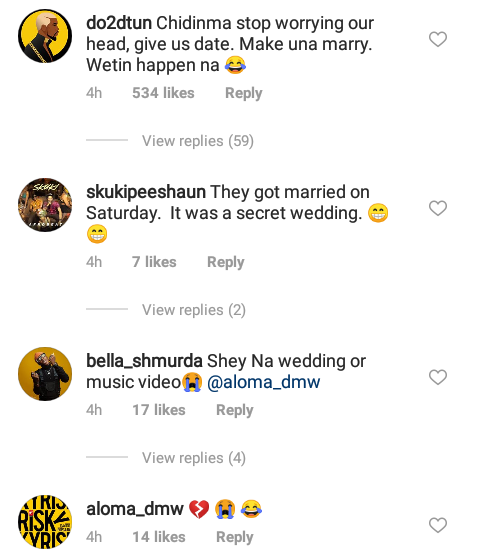 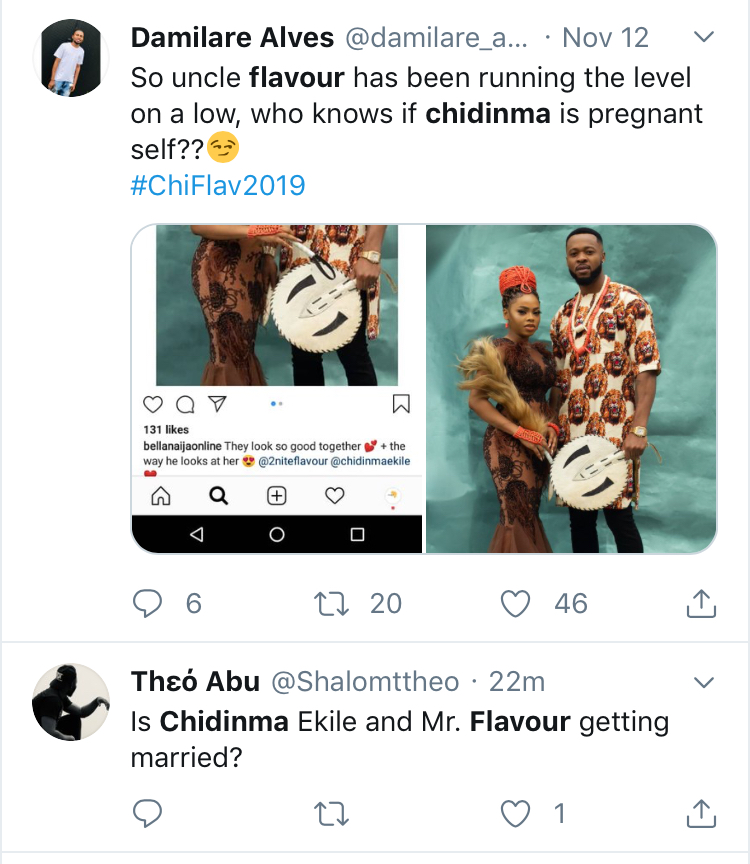 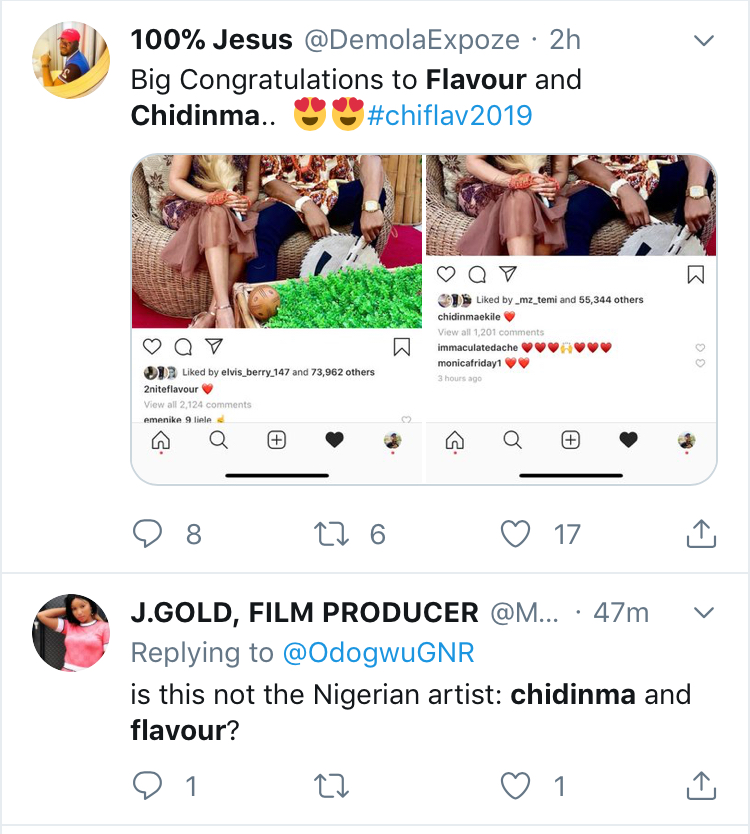 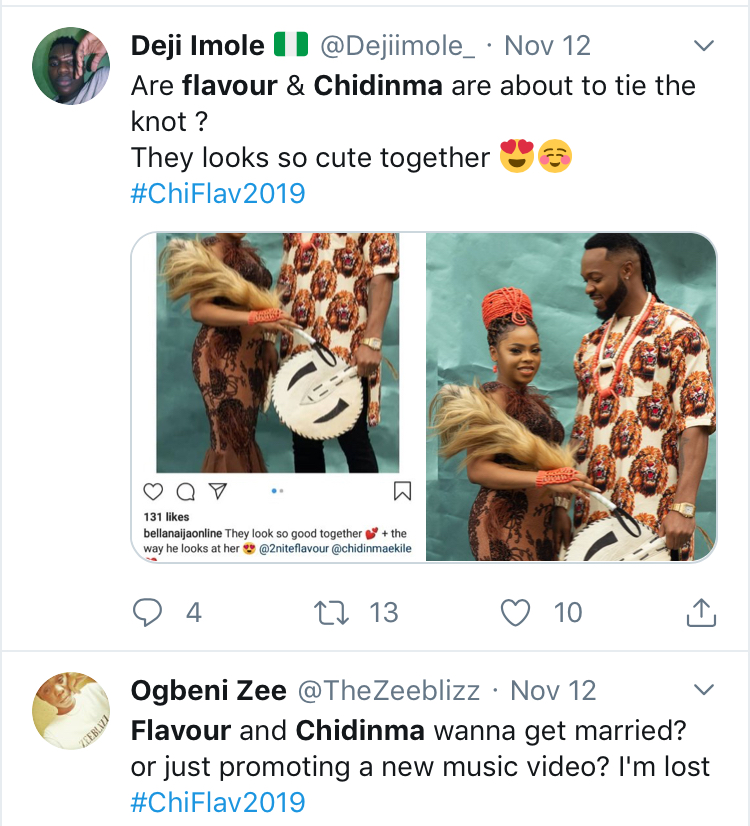 Yours is Akamu, not stew! you can’t be like Wizkid and Tiwa – Fan blasts Yemi Alade & Flavour’s romance