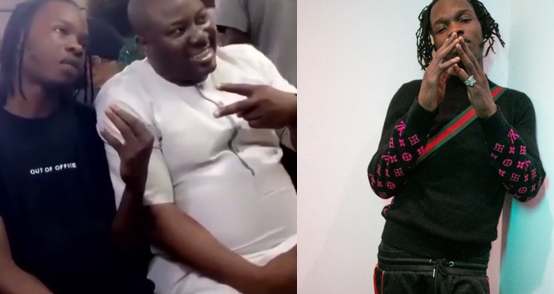 Some of Nigerian musician Naira Marley’s fans also known as “marlians’ could not hold their excitement as they spotted the singer at a restaurant.The singer who has arguably one of the strongest fanbase in the country was recording taking selfies with fans.

Speaking of Marlians, A Nigerian lady took to twitter to recount what the supposed fans of Nigerian Musician, Naira Marley popularly known as ‘Marlians’ did to her. The Lady identified as Lilian took to the platform to disclose hoe Naira Marley’s name opened door for her, She recounted that repair works were being done on the route leading to her residence and a blockade was formed by ‘Land grabber’ aka Omo Onile in order to restrict movement for the quick completion of the road.