Dubai arrest: Footage of the moment Davido was prevented from fleeing arrest in Dubai 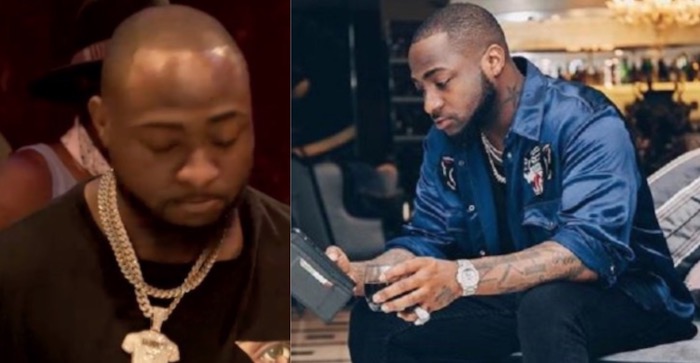 Reports of Davido’s arrest littered social media yesterday, 17th of November. He was said to have inflicted injuries on the head of an unknown man; and according to what we gathered, the man was his fan.

We gathered from several sources that Davido was under the influence of alcohol when the victim walked up to him in an elevator, but we are not sure of what transpired between them that caused the singer to break a bottle on the victim’s head.

The police were called in, immediately and the music star was arrested while the victim was rushed to the Kuwait hospital in Deira. Davido and his team are yet to react to the allegations levelled against him.

Reactions as Eniola Badmus pens down emotional note to…

Although Davido did not directly address the issue, Sosoberekon and other fans have came out to debunk the story, claiming that Davido was enroute London to support Mayorkun. However, new videos that surfaced on social media proved otherwise.

Watch the clips below;