Grammy 2020: Names of everyone that worked on Burna Boy’s ‘African Giant’ album 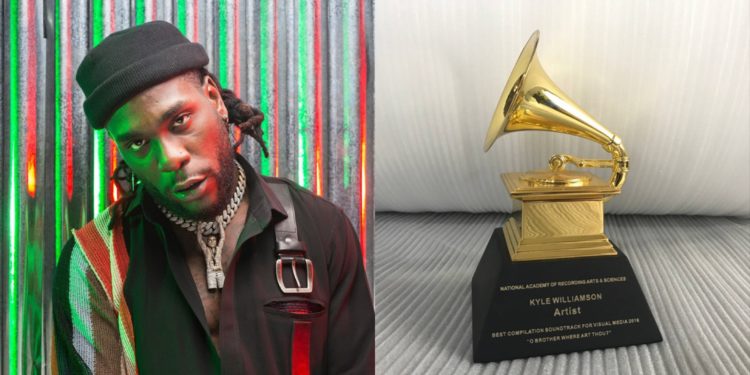 While we all are still in the spirit of Burna Boy’s album, African Giant, that got nominated for the 2020 Grammy awards, in the Best World Album category, we bring to you the list of people who worked on the album before it became a success. African Giant album was nominated in a category alongside Altin Gün for Gece, Bokanté & Metropole Orkest Conducted By Jules Buckley for What Heat, Nathalie Joachim With Spektral Quartet for Fanm D’Ayiti, and Angelique Kidjo for Celia.

These are the people who worked on the album to see that it was a success. 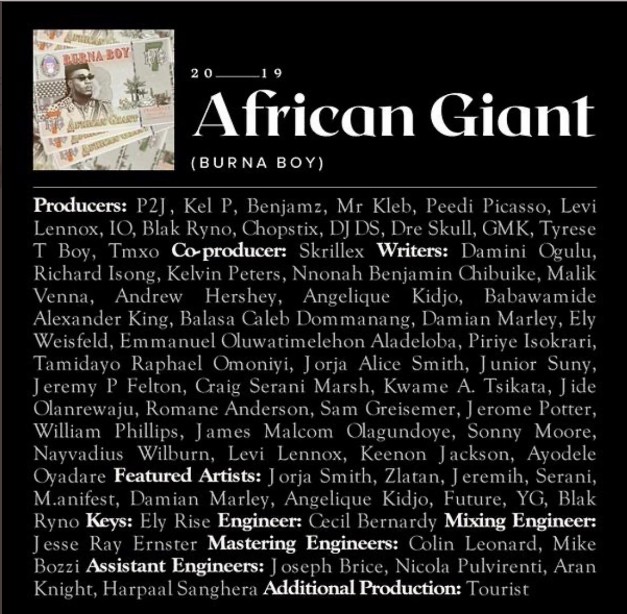 Davido’s FEM hits over a million views within 9 hours;…

You Need A Wife Like My Own – Burna Boy Shows Off…

Meanwhile, South Africans stormed twitter to yesterday to jubilate over the cancellation of Burna Boy’s show.

The concert brewed incredibly intriguing scandal because Burna Boy was scheduled to perform there and South Africans were not having it.

The news now isn’t that the show has been cancelled and Burna Boy won’t be needing to fly to South Africa anymore. According to South Africa’s media house, Timeslive, the organizers cancelled the “Africans Unite Concert” because of the outrage it had created.

BBNaija: Ka3na shares inspiring experience with people from poor families as she…

My fiancee asked for N5 million for our wedding, I faked my genotype to end the…

Why I bought a white Lion pet – DJ Cuppy explains

Davido’s FEM hits over a million views within 9 hours; is the song a diss at…