Nigerian singer, Davido’s fiancée has everything to be thankful for – From Her husband-to-be’s sterling career to the arrival of her baby boy, David Adedeji Adeleke. The dotting mother took to her Instagram page to share a cute video of her rocking and Feeding her son. 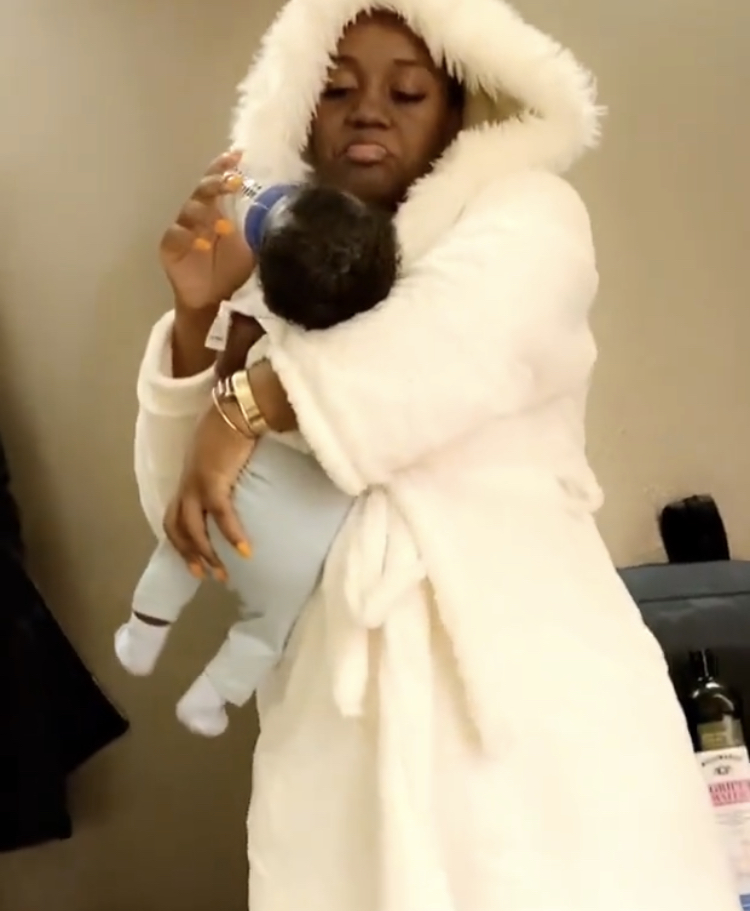 In a bid to support her fiancé  by promoting his newly released Album ‘A Good Time’, Chioma was seen dancing to one of her favorite tracks in the 17track album Davido released today. We are sure one of the many reasons Davido chooses to stick with Chioma is the way she shows unwavering support for him in all endeavours. Watch the cute video below: