Kemi Olunloyo has always displayed characters that shows she is pleased with Mercy Eke, but she has not officially declared her full commitment to her fanbase until today.

Kemi took to her social media page to announce that winner of BBNaija’s season 4 reality show, Mercy sent her a direct message on Instagram, to thank her for supporting her brand.

Kemi claimed Mercy reached out to her and she is overly pleased with that. According to her post, read below; 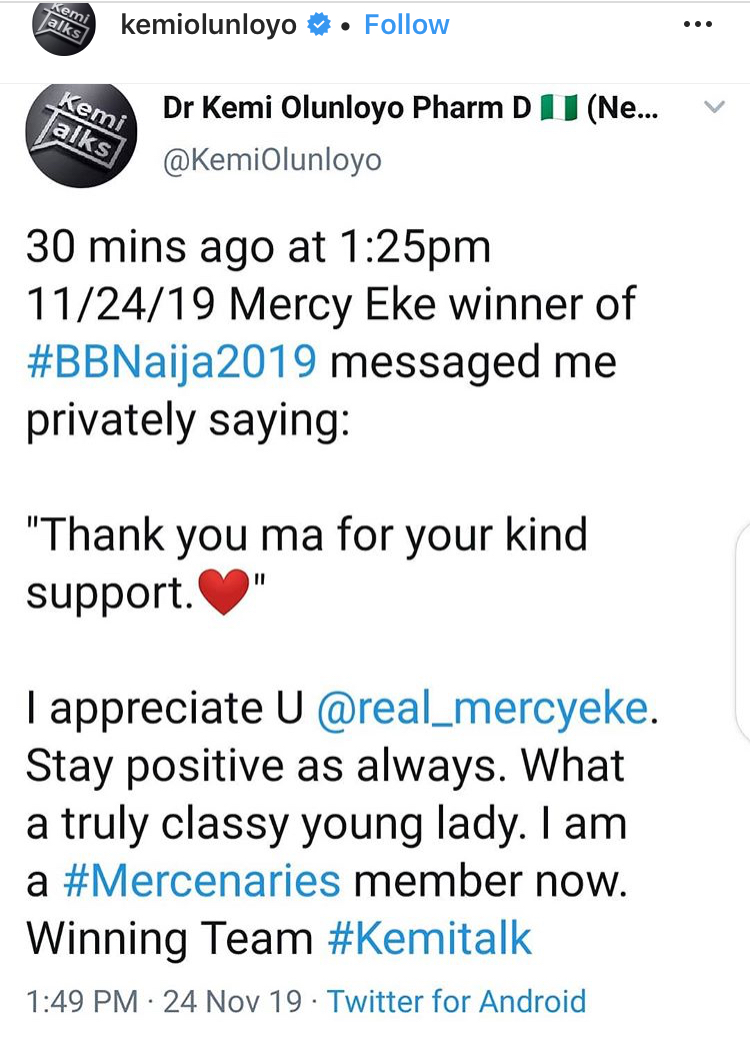