Nigerian Musician Davido’s second daughter, Hailey Veronica Adeleke was recorded by her celebrity dad sing sonorously to Naira Marley’s hot song ‘Soapy’. The dotting father who has been in the United States for a while, spent time with his second Daughter, Hailey and he took to his insta story to share cute moments of them together. 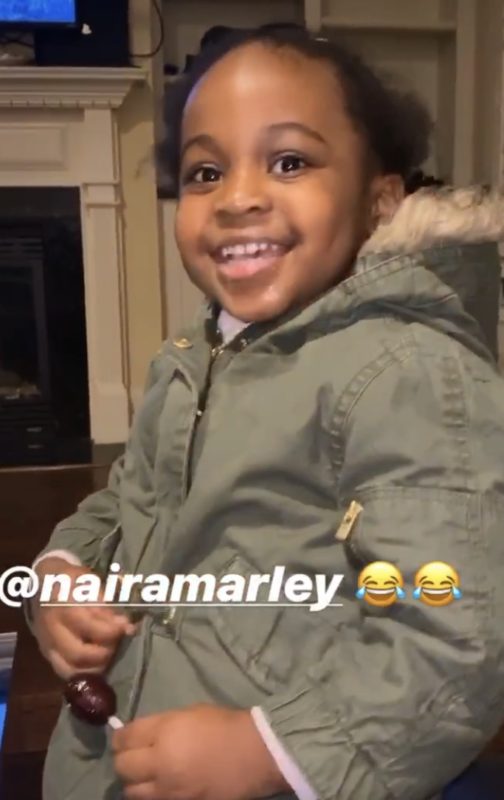 The cutest of those moment was when Hailey was recorded singing the ‘soapy’ song with all conviction as though she’s reciting the queen primer. See the video below

2019 has been a good year for Nigerian Singer, Naira Marley who has caught the full attention of many Nigerians including big names in the industry. Toke Makinwa and DJ Cuppy have publicly declared their love for the singer, Wizkid as well joined forces with the Marlians and now we have a Junior Marlian I’m Hailey Adeleke.