Earlier today, we posted an interview that saw America celebrity, Kim Kardashion spill a lot of matters surrounding the new lifestyle of her husband Kanye West. Kim Kardashian has revealed she and her husband Kanye West have had ‘fights’ over his religious journey since he became a ‘born again’ Christian. The 39-year-old mother of four appeared on The Real – An American Daytime Talk Show with co-hosts Adrienne Houghton, Loni Love, Tamera Mowry–Housley and Jeannie Mai. 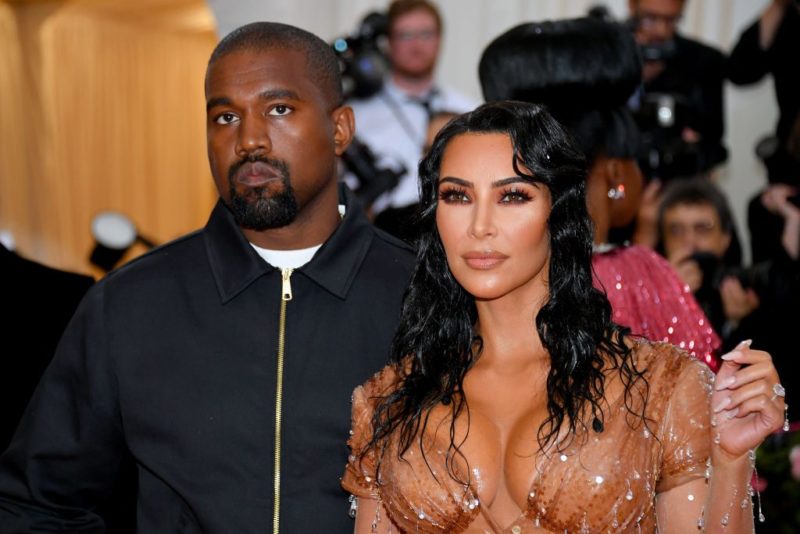 When asked if she supports her the husband’s new spiritual life journey, she replied: ‘I do think that, you know, he is my husband. ‘So, I obviously want to honor him and what he’s feeling. And he’s been going through this life change, and it’s mostly about the kids.’

Read Also: I got baptized and compromised because of my husband – Kim Kardashian reveals (Video)

Kim also revealed that Kanye even went as far as removing the TVs in kids’ rooms, as he has become increasingly cautious about the type of imagery that is in their home.

Kim explained: ‘We got rid of TVs in the kids’ rooms and removed makeup from North’s room – and he’s been very… had this, you know, epiphany of being this – not that he wasn’t an amazing dad – but being a little bit more strict as a dad and being very forceful on the imagery that’s in our household and what they see. According to her, such drastic measures are good for their children but it has been difficult for her to take.

The reality star explained: ‘But I’m always gonna be me… and so, we had that discussion and that fight.’ She said: ‘I think, at the end of the day that’s what marriage is. He’s gonna do things that I don’t agree with, and I support him, and vice versa.

‘So, with this, it was like we were like just having this conversation of what is too much and I am a mother of four, like, I am gonna be forty next year, like, when is it time to…’