Pero hangs out with 2Baba’s family, friends in Abuja… 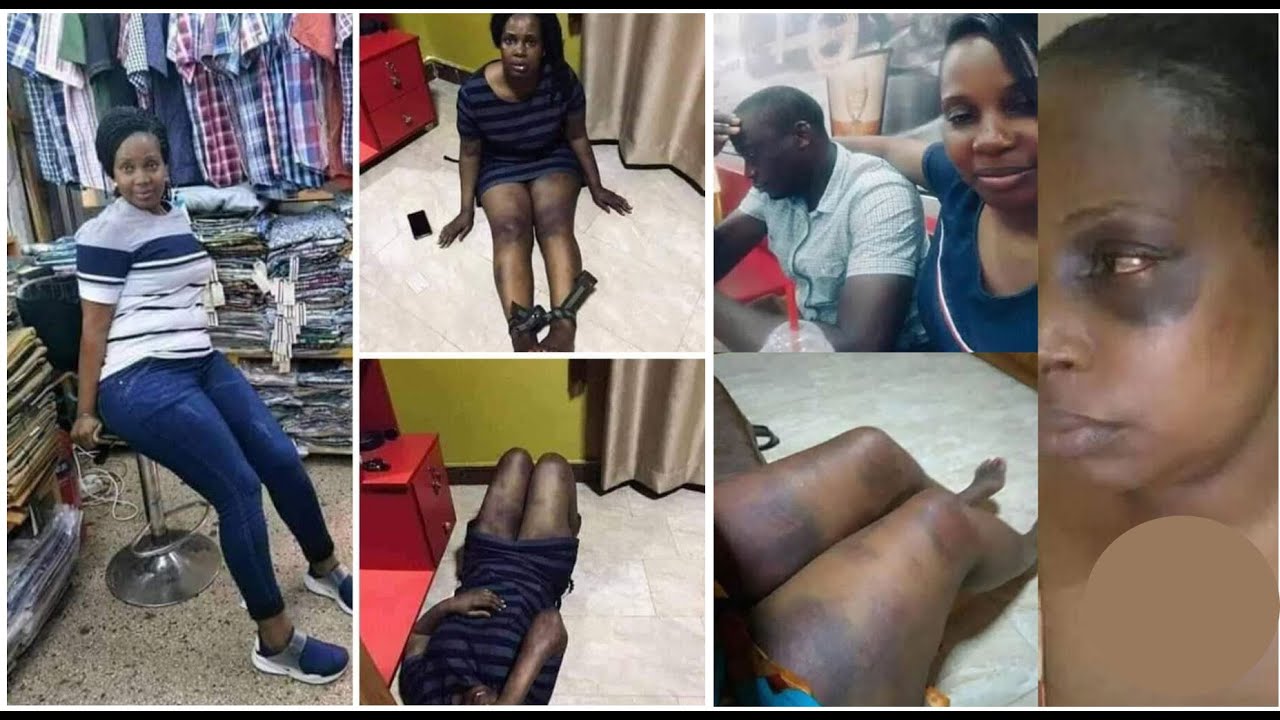 An angry Ugandan husband who caught his wife cheating on him with another man right inside the boutique he rented for her has taken to social media to speak on how he reacted to his wife’s affairs. According to the man who shared the news on his Facebook account, he stripped his wife naked, tied her up and tortured her by beating her.

After that, Martin Juuko explained he threw his wife, Brenda Namuyomba on the street to be mocked at by their neighbors. According to the young man, he opened a men’s wear shop for his wife but unknown to him, his wife was using the placed to sleep with her boyfriends.

Martin claims it has been going on for a long time until he caught her and one of the men having sex right inside the shop.

Martin Juuko boldly shared the news and backed it with photos to confirm every word he posted.

“My dear customers of Praise shop of Juuko Martin at MM Plaza, I’m sorry I decided to close the shop shortly because my woman Brenda Namuyomba had turned it as her prostitution office while she is my wife, My woman has turned into a prostitute. She removes the knickers I bought her for another man.” Juuko wrote on his Facebook.

“She gets everything. I give her money in dollars, I even bought her a car, I fly her abroad frequently, I gave her a bungalow in Munyonyo, but she still cheats on me. What even hurts me most is that she sleeps with my friends as well,” Juuko added.

Meanwhile, many of his Facebook followers have disagreed with his methods of dealing with his cheating wife. They have described it as barbaric and have advised the woman to have him arrested.

“Linda Ikeji is not my friend, stop punishing me because of her” – Tonto Dikeh