All indications have revealed that the winner of Big Brother Naija, season 4 reality game show, Mercy Eke, has acquired a sleek new Mercedes Benz SUV to her garage. Mercy is undoubtedly smiling to the bank as a result of her hardwork with her management team since she left the game house of Big Brother, and the new machine is the perfect gift she has always desired. 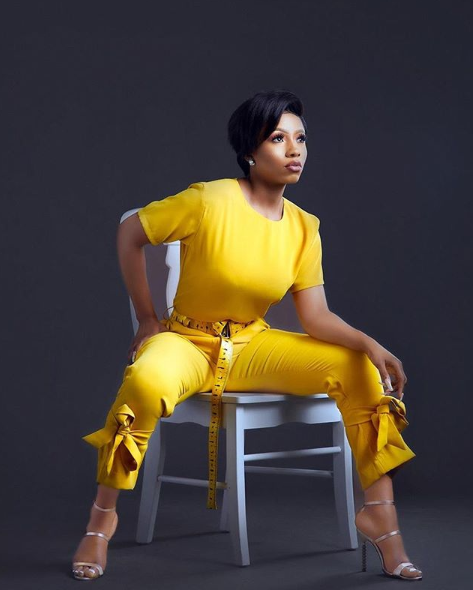 From indications, She acquired the Mercedes Benz after her trip to Dubai for the One Africa Music Fest that held in the most populous city of the United Arab Emirates about a week ago.

Although Mercy is eager to make the big announcement, it appears that her deal with Innoson vehicle seem to be an obstacle for Mercy; who wants to remain a good ambassador for the remaining period of her contract.

When Mercy Eke returned from Dubai, she announced to her 920k IG followers that she has just gotten herself a well deserved gift that she has always desired from the Big Brother Naija house. In her words;

Hello my Mercenaries, I got myself the one gift I ever wanted right from the big brother house, who ever guesses it right 🙈 will get 20k🥰, who wanna play? Comment below…….. 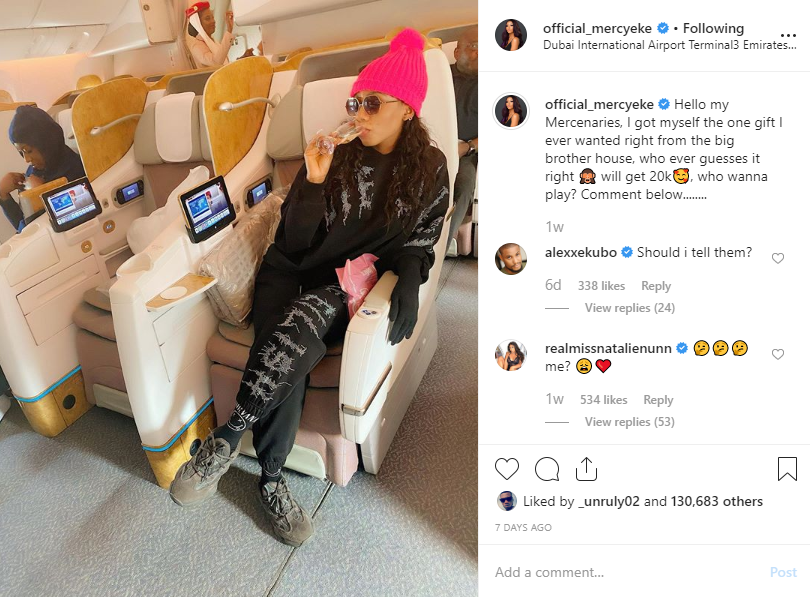 Her fans started dropping guesses but the reality TV star’s colleague, Frodd, knows better, he pointed out that Mercy just bought a Mercedes Benz GLE and Nollywood actor Alexx Ekubo also teased her by asking if he should let the cat out of the bag 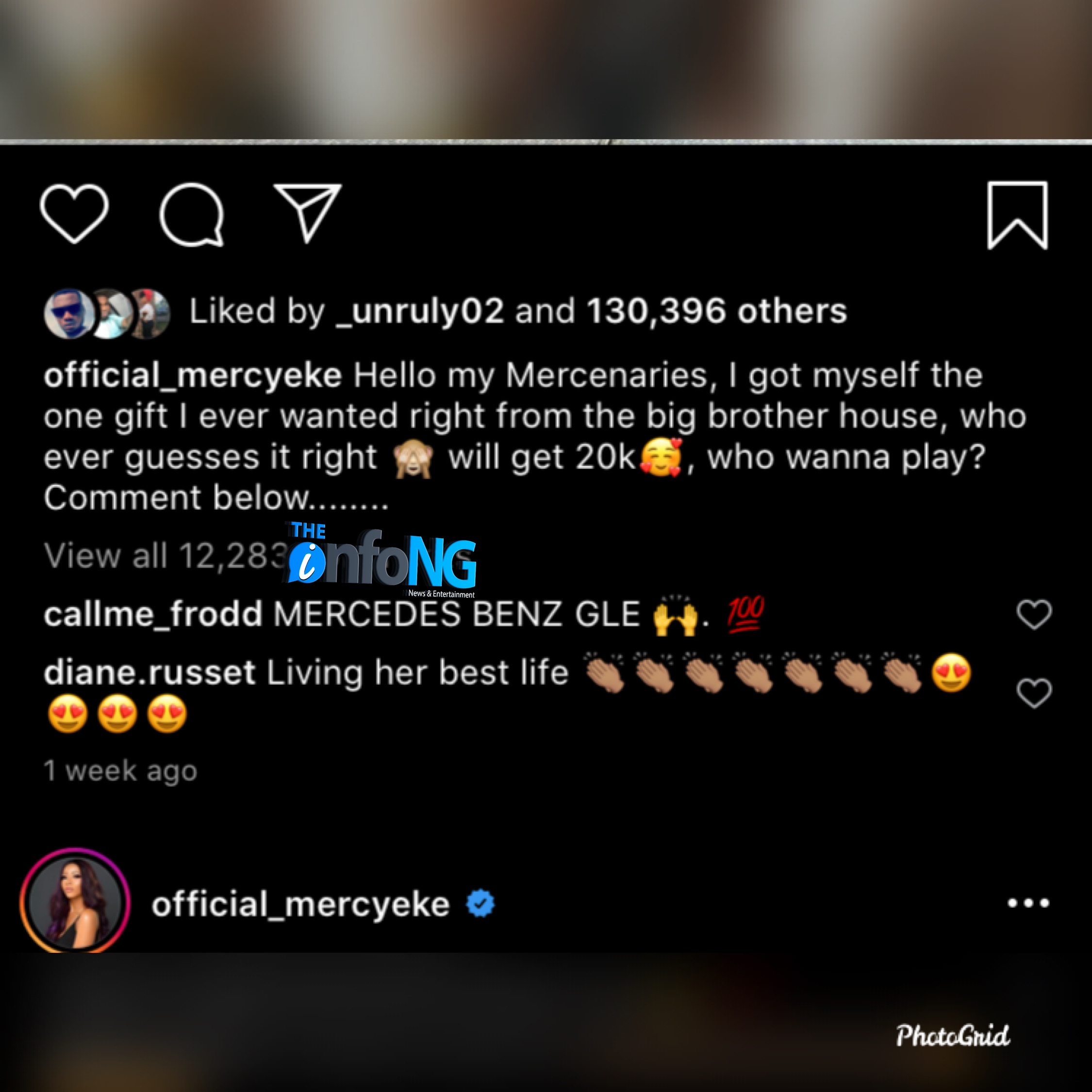 Another colleague of Mercy, Diane almost broke the news for her in a video she shared on her IG on Monday, when she was with Mercy and Seyi Awolowo, on their way to a meeting with the Nigerian broadcasting commission.

However Diane controlled her anxiousness and swiftly manipulated the information stating that Mercy just bough her a Range Rover GLE, a type of car that does not exist in the fleet of vehicles produced by Range Rover.

So, we decided to stroll Mercy’s Instagram page a-little, and we discovered a close picture of her with the new SUV after a clear observation of the car door in the picture below; 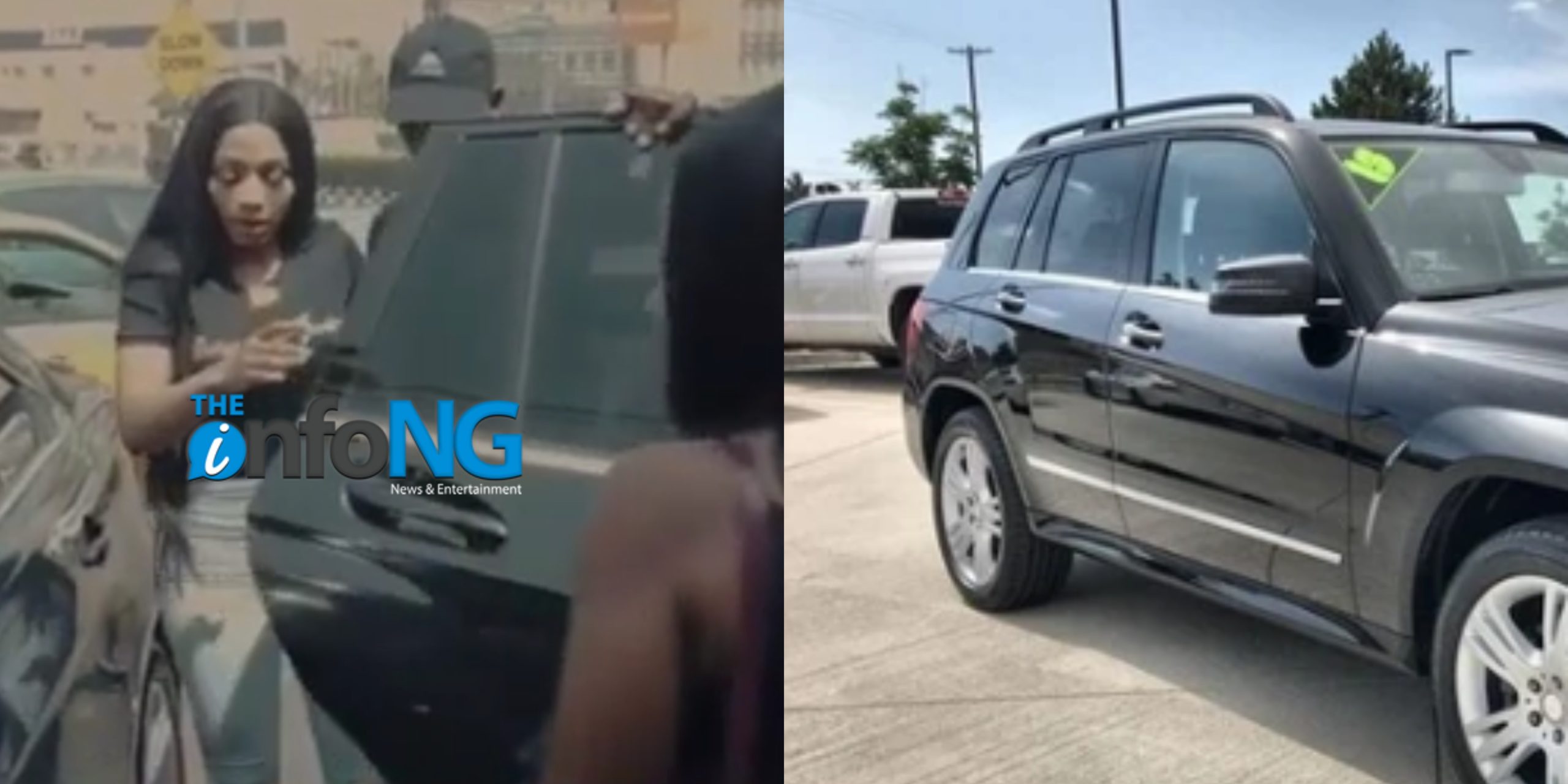