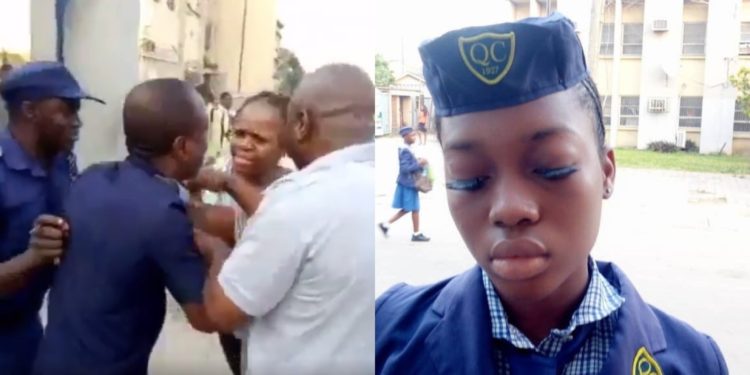 A student of the Queens College, Yaba Lagos was today sent away from school for fixing eye lashes to school. In a video that surfaced on the internet, the student was with her mother who allegedly had a fight with the security guards of the school for stopping her daughter from gaining access into the school environment.

In the video, the woman alleged that one of the security guards harassed her and she was ready to deal with him. A social media user identified as Seun, who posted the video on Instagram wrote:

Queens College student being supported by her mother for indecent dressing. You can see her eye lashes, the security men stopped her and the mother resorted to manhandling the security man and others that didn’t support her.