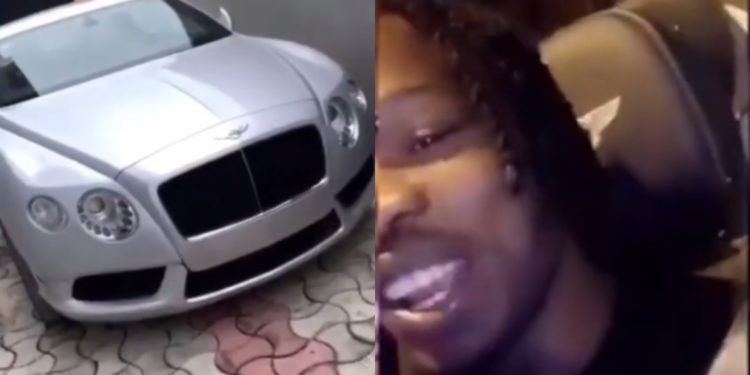 Naira Marley did not deny reports that he bought a Bentley car but in a new tweet he published on social media, it appears he just wanted to correct the N70m price tag on the viral news.

The street singer has always accused bloggers of spreading false news about him to readers which led him to coin the phrase “blogger-blogger” because of his stories that always made headlines on blogs.

By now, you’ve likely seen the headlines, including ours where published that the singer reportedly bought a Bentley that is said to be worth N70m. The singer reacted to the reports on twitter using the word he coined, “blogger-blogger”.

His attention was drawn to a tweet on the social media page of a blog that published the said story. Naira Marley quoted the tweet with a caption that falsified the reports. He wrote with a mixture of Yoruba language; “ Eyin Blogger-blogger mmm”.

After that, he informed his fans not to tell him to wash the car for them revealing that he took the car to a car wash where they washed it’s interior and exterior.