Nollywood actress Etinosa Idemudia has appeared to be one of the most dramatic and chaotic Nollywood actresses, of course, taking the number 2 position after Tonto Dikeh. We all know it is about to get messy anytime Etinosa gets into a live video drunk or high on substance. The actress Etinosa Idemudia appeared in a live video where she was smoking heavily and used the Holy Bible as an ashtray. 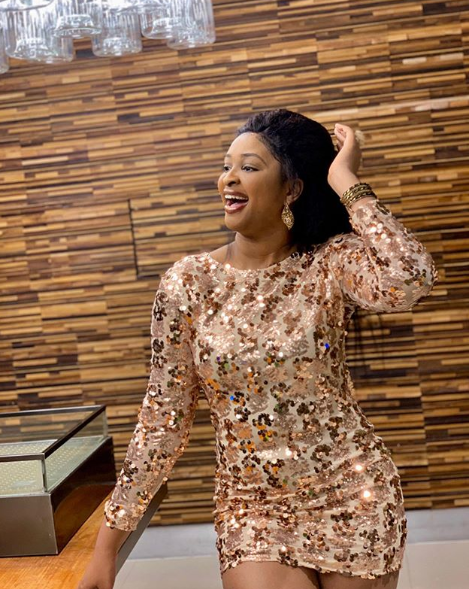 According to , she said nobody can blame her mother for the way she choose to live her life. She also declared one of the passages from the Holy Bible Proverbs 22:6 a scam. She wrote:

Train up a child when he is young and when he is old, he will not depart from it.
Nobody can blame my mother, she trained and trained and still training. And am still departing. 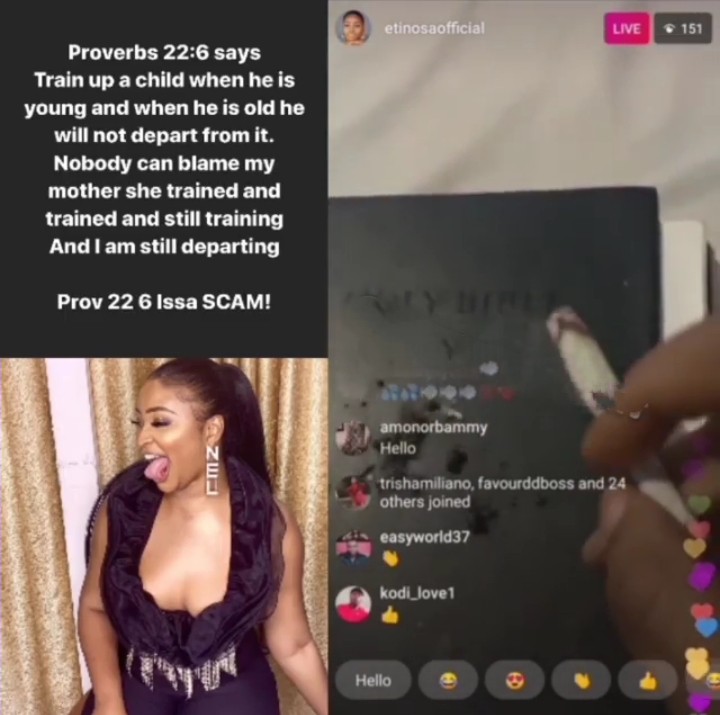 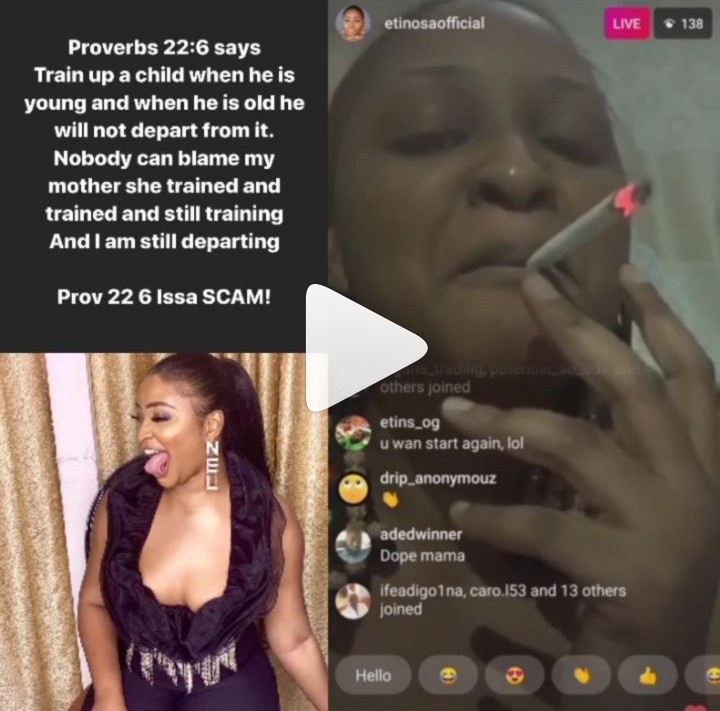 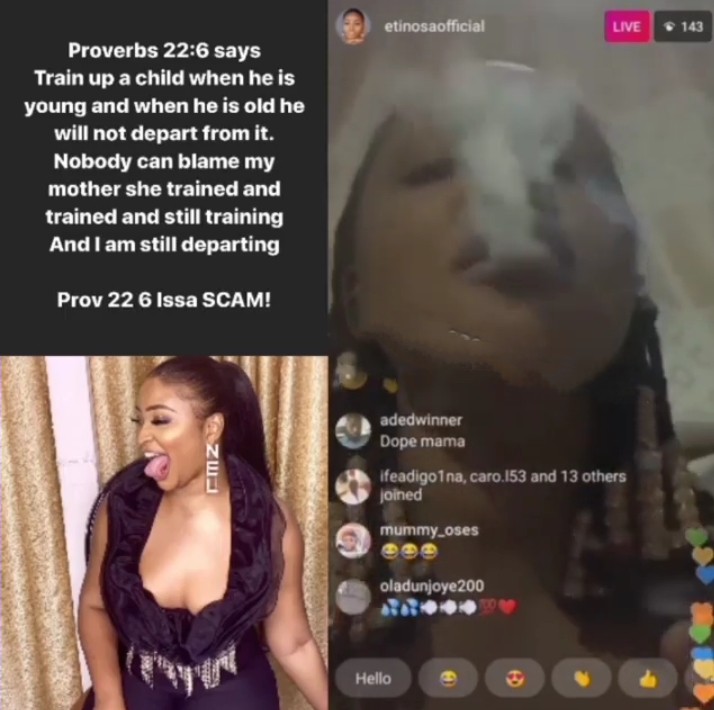