Queens College student that fixed eyelashes to school wore it for a school play, one of the most brilliant students in QC 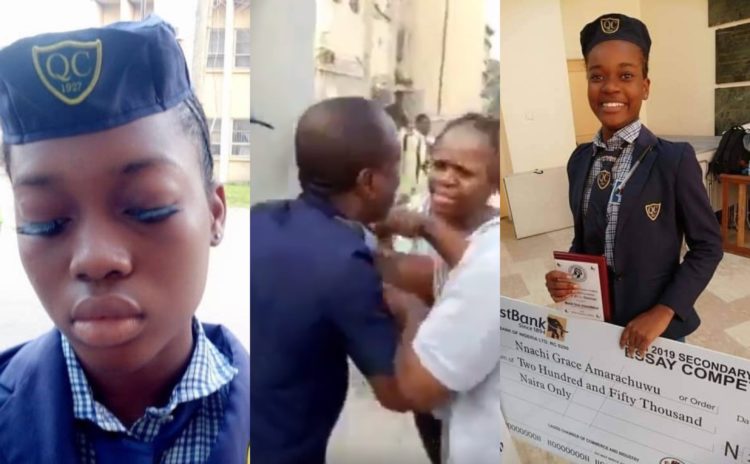 New details have emerged from the story of a mother who harassed Queen’s College security officer after her daughter was denied entry into the school premises for wearing attached eyelashes. The student reportedly identified as Nnachi Grace Amarachuwu is said to be one of the most brilliant student in Queens College and she had the fake eyelash on for a role in a school play.

According to reports, the security men at the gate worked in isolation by stopping the girl and her mom from entering the school premises after it was believed that she wore the fakes lashes for a school play. Amarachuwu is said to be one of the smartest kids in school as she has represented the school in different functions and competitions.

READ ALSO: Mum attacked Queens college security after her daughter was denied access into the school for fixing eyelashes (Video)

The case is currently being resolved by the school authorities who we believe will sanction the staff who put the viral video of the mother attacking the school security officer into circulation. See Photos of Amara holding a dummy of N250,000 after winning an essay competition sponsored by Firstbank.