Nigerian singer, Teniola Apata, better known as Teni, recounts her experience on a flight she boarded with Tiwa Savage on Monday, November 18. She said she was on the same flight with Tiwa Savage and was not even aware of her presence but she did something that surprised her.

According to Teni, Tiwa was the first to notice her on the plane and she stood up from her sit to pay homage to her.

An excited Teni wrote, ” Tiwa Savage surprised me yesterday didn’t know she was on the plane, she stood up from where she was to come say hello to me!!! Thank you for honoring me. God will honor you “ 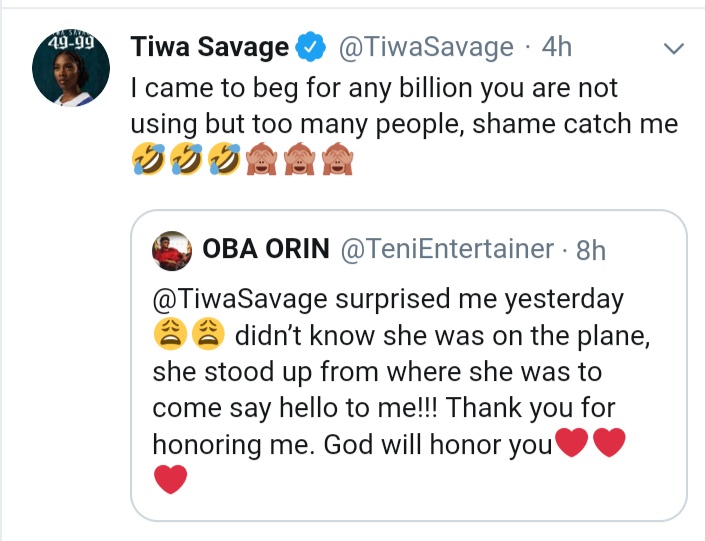 Tiwa Savage responded to the tweet in a funny way, sarcastically stating that she came to beg Teni to lend her some billions from her account but she ended up not telling her because there was too many people paying attention to them.

In Tiwa’s words ”I came to beg for any billion you are not using but too many people, shame catch me.”

Celebrity sisters, Teni and Niniola force their beautiful mother to declare herself a marlian (video)