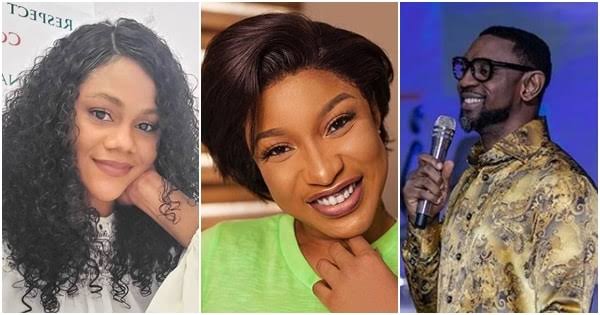 Actress Tonto Dikeh has celebrated the victory of COZA pastor, Biodun Fatoyinbo on her instagram page today,11th of  November, 2019 following federal high court’s strike out of Busola Dakolo against the pastor. The rape case made headlines today after Abuja federal High Court striked out Bukola Dakolo’s allegation against COZA pastor, Biodun Fatoyinbo. Busola Dakolo was also fined for One million Naira, because she had wasted the court’s time.

The judgement by the court caused division between celebrites and fans that had grown interest in the case since the two partiies took it to the court of law.

Among celebrities, Bovi was the first to react. He threw a subtle shade at Biodun Fatotinbo, and also prophesied that the COZA pastor will end up in jail like Bill Cosby and Rkelly.

Now Tonto Dikeh, who is on the pastor’s side in the dispute, reacted to the court’s verdict. Tonto Dikeh who had shown support for Fatoyinbo right from the explosive interview advised that the N1million fine given to Bukola Dakolo should be used to feed IDPs.

See the screenshot below.

Pastor’s daughter shocks everyone with her indecent body exposure: Is it okay for her to dress like this?