Update: Video of SARS officer that was killed by his colleague in Igando, Lagos – See how it happened (Graphic Video) 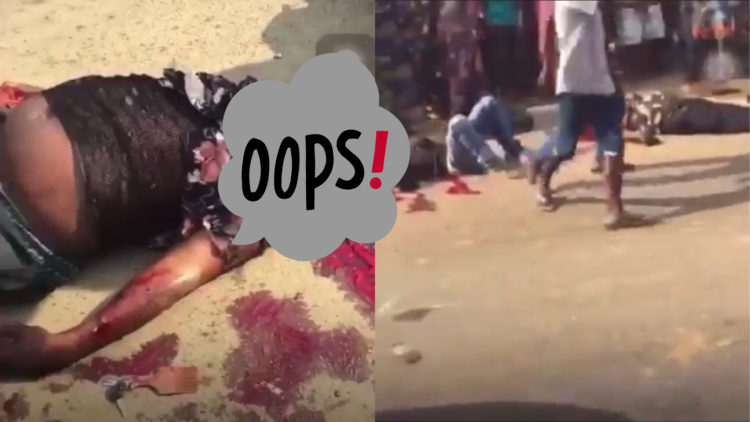 A footage of an officer of the Special Anti-robbery Squad who was allegedly shot dead by his colleague while trying to shoot a civilian has emerged. Recall we posted earlier about the incidence? We have gathered new information about the tragedy that broke out in Igando area of Lagos.

According to Social media reports, the infamous Anti-Robbery squad was allegedly carrying out its extrajudicial activities on ‘law abiding’ citizens in Igando after a trigger happy officer tried to shoot an already cocked gun which aimed straight at the left eye of one of his colleagues. More reports revealed that two persons were shot dead, a bike man and the officer. We understand that the assailant is on the run after he reportedly killed two people.

Have you read: Chaos as SARS Officer reportedly kills colleague while trying to shoot at civilian

Watch the graphic video below: