Will VAT be hiked after this second reading? 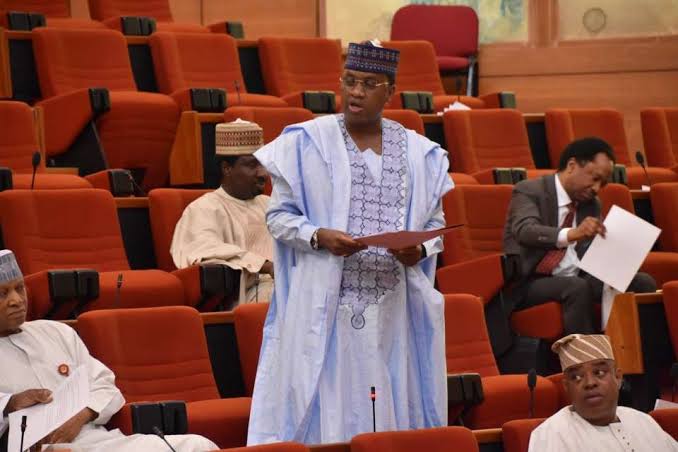 Lawmakers have lamented about the lack of details in the bill. The bill is designed to make changes in the Nigerian tax and fiscal law, one of which is a sigmificant increase in the Value Added Tax from five per cent to 7.5per cent. A proposal which has recieved strong criticisms from Nigerians.

The lawmakers decried the lack of details in the bill which won’t enable them make meaning contributions to the bill.

The President of the Senate, Ahmad Lawan, however insisted that the bill be discussed without the details made available to senators.

Panic at National Assembly as over 50 Lawmakers allegedly…

Ex-Kogi lawmaker sentenced to 154 years in jail over N1.4…

Senators Yaroe Binus (Adamawa South) and Betty Apiafi (Rivers West) separately raised points of order, drawing the attention of the President of the Senate to the issue.

The Senate President, Ahmad Lawan ruled both senators out of order stating the details of the bill would be made available at committee level. He said, “To handle that, we have already asked that our secretariat distributes all the Acts that we want to amend and I want to urge the committee to work very assiduously.

“This should not be compromised at all. Our colleagues who raised the issue did so because they wanted to contribute.

“I think what we have done is still within our tradition and our convention of debating the general principles.

The issue of revenue in Nigeria today is is the major issue affecting our economy.