How ZLATAN went from Grass to Grace is a real testimony. He has really gone through a lot in life and we would be highlighting some of his low moments during his sojourn to fame.

Fast rising Nigerian singer Zlatan Ibile has been in the game for as long as he can remember and we take time out to look at his parvenu journey. Omoniyi Temidayo Raphael popularly known as Zlatan Ibile is an indigenous Nigerian hip hop rapper, singer, songwriter, street music sensation, stage performer and a recording artist. He was born on 19th December 1994 in Lagos, Nigeria.  He is very gifted, skillful, creative and talented. He hails from Ekiti State in the south western part of Nigeria.

Zlatan is one of the fast rising talents that have been giving top Nigerian singers a run for their money. Zlatan Ibile declared the infamous ‘shaku shaku’ trends over with the Zanku “Leg Work” vibes.  How ZLATAN went from Grass to Grace is a real testimony. He has really gone through a lot in life and we would be highlighting some of his low moments during his sojourn to fame.

After completing his primary and secondary school education in Lagos, Zlatan Ibile proceeded to Moshood Abiola Polytechnic (Mapoly) in Abeokuta, Ogun State in the south western part of Nigeria where he graduated with a Higher National Diploma (HND) in Business Administration. In 2014, he won the Airtel One Mic Talent Show held in Abeokuta, Ogun State, Nigeria. Towards the end of 2018, Zlatan Ibile released a single titled “Zanku” with a new dance move known as Leg Work. “Zanku” means Zlatan Abeg No Kill Us.

Zlatan having won the grand prize at the singing competition had to use the car he won from singing for cab, because he had to survive in school and pay for studio sessions. Never give up on your dreams. NEVER! Late 2017, video of a boy who said he’d love to become a ‘Yahoo Boy’ went viral after Zlatan Ibile recorded the boy and shared the video with his few thousands of fans..Fast forward to February 2018, Zlatan was called out by Segun Wire’s family and publicly disgraced for allegedly squandering the monetary gifts given to the boy through him. Watch video below:

I’m quite sure the family and friends of Segun Wire that beat up ZLATAN and wrongfully accused him of things he didn’t do must be regretting it. I’m just happy he didn’t let that stop him from doing greater things!

Zlatan Ibile further increased his popularity in 2018 with an appearance on “Able God” a hit song by Chinko Ekun which also featured Nigerian rapper Li Kesh. Shortly afterwards, he dropped a new song titled “Zanku” which was accompanied by a crazy new dance move popularly known as Leg Work. Towards the end of 2018, Zlatan Ibile closed the year with another hit song titled “Osanle” in which he featured Davido. Zlatan Ibile started 2019 with the release of “Glory” before appearing on another hit single, “Killin Dem” alongside Burna Boy. His hit tracks ‘Bolanle’  and ‘Yeye boyfriend’ have been topping the Nigerian charts since they dropped. 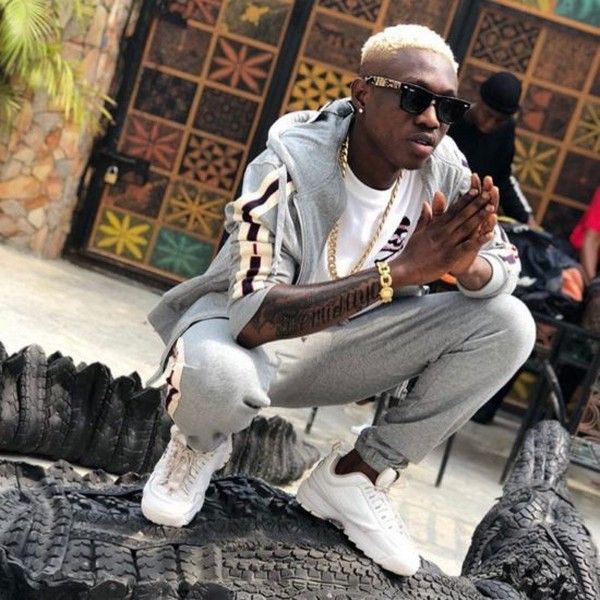 Zlatan has now become the new rave in town. Creating iconic dance steps, bagging awards, endorsement deals and releasing hit songs back to back, performing at billionaire events and meeting people that matter. This guy is worth celebrating!