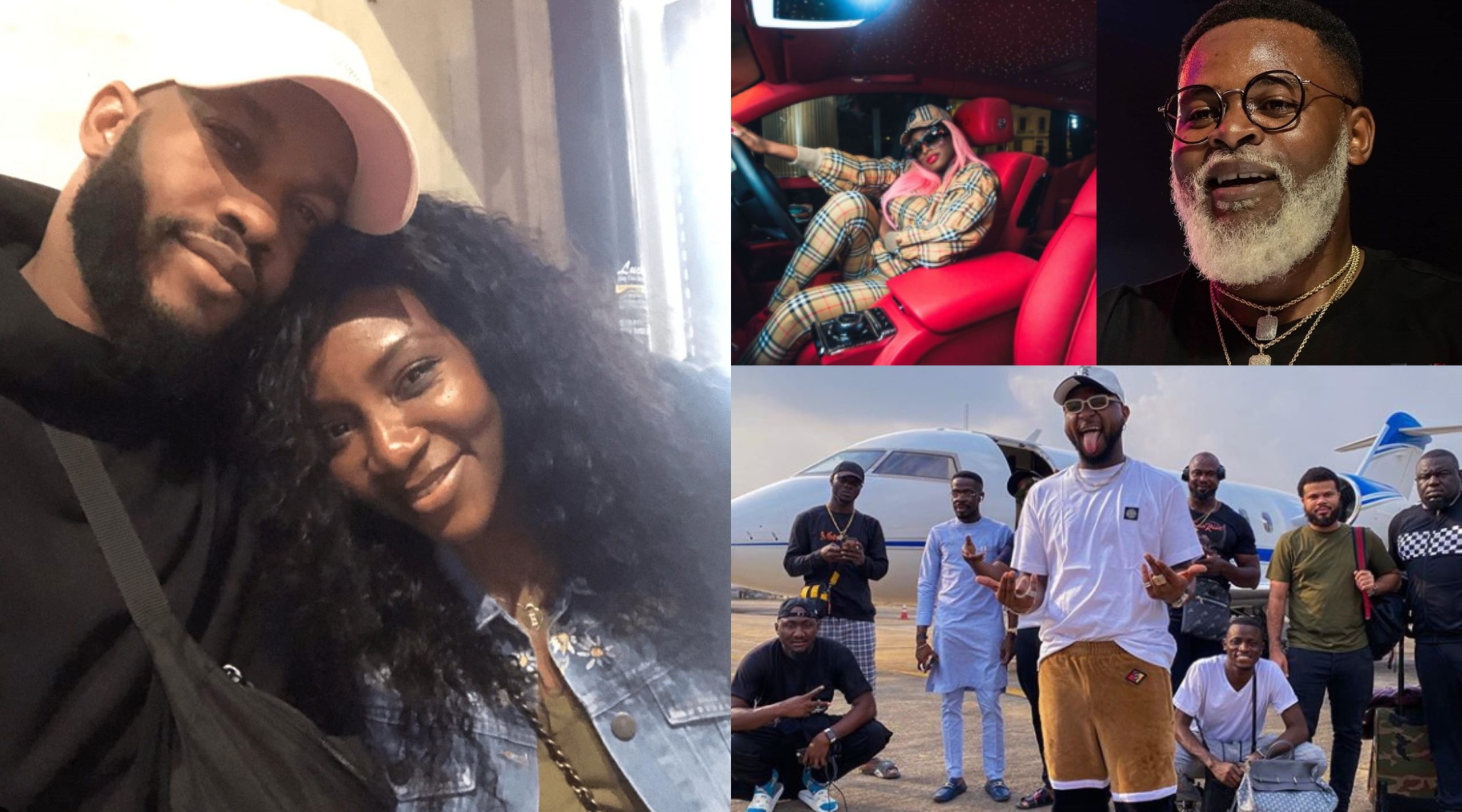 Once there is a new singer in the block, everyone expetcs them to have gone through some level of suffering before getting ‘blown’ but the reverse is the case for these kids of the rich who stepped into stardom with silver spoons in their mouth. We have compiled a list of successful entertainers whose parents have enough cash to go round, have chosen entertainment and showbiz as their career paths.

Below is the list of Nigerian Celebrities who came from super rich families:

Heiress to a billion dollar fortune as the daughter of Femi Otedola, a billionaire energy tycoon, Florence Otedola popularly called DJ Cuppy has refused to enjoy her father’s wealth in the shadows. Instead, she works hard as a DJ to rake in success, accomplishments and all the fame that goes with it just like her father. It is worthy of note that her younger sister, Temi Otedola is also a popular fashion blogger. Not everyone buys a Rolls Royce Phantom as Christmas gift for their parents

He is the first son of ex-CBN Governor Charles Soludo. He began writing songs at the age of 12 before he went on to the London Institute of Contemporary Music Performance and began his career in 2013 as a professional pop musician. His music is widely accepted overseas where he is has a large fan base.

Sina hails from the influential Adeleke family. His father, Senator Ademola Adeleke, was a governorship aspirant for Osun State. He relocated to Nigeria from the United States to pursue music with his brother and cousin, Davido. He is also part of Davido’s HKN record label.

He is the son of Femi Falana, a highly influential legal practitioner and activist of the Federal Republic of Nigeria. Folarin Falana alias ‘FalzTheBahdGuy’, who is also a lawyer and actor, began his music career as far back as 2009 when he was still in Law school. Today, he has become successful in his chosen career, winning both national and international awards.

Born Damilola Afolabi, he is son to Billionaire business tycoon, Taiwo Afolabi. His father, who is a barrister, is the chairman of Sifax Group which boasts of numerous companies in diverse areas of the Nigerian economy. The pop singer got signed to Wizkid’s Starboy Label in 2013 and has been blazing the trail since then.

This handsome rapper originally named, Chukie Edozien is the last child and only son of his father, Chief John Edozien. Chief John was the former governor of old Bendel State and ex-deputy governor of Delta State. He is also the chairman of Jenkyns Consult Nigeria Limited and Mercedes Benz Automobile Services Limited.

Rotimi Alakija aka DJ Exclusive was born in the United Kingdom to Nigerian parents. The handsome Disk Jockey has carved a successful niche for himself in the local and international music scene DJ Exclusive is usually mistaken for the son of wealthiest woman in Nigeria, Folorunsho Alakija. It is of no surprise that he is her nephew.

David Adeleke popularly known as Davido is one of the sons of influential business man, Adedeji Adeleke and was born in Atlanta, Georgia. His mother, Veronica Adeleke was a University lecturer before she passed on. Davido was pursuing a career in music as a student in the United States and was a member of Kb International, a record label before he moved back to Nigeria where he made hit music that brought him into limelight.