Adeolu Adefarasin, Nollywood actor and nephew of popular pastor, Paul Adefarasin has responded to the subliminal tweet made by actress, Jemima Osunde who by all indications was asked out by Adeolu earlier this year. Let’s have a little recap in case you missed the gist

Jemima revealed in a tweet she deleted immediately that Adeolu got engaged to another woman this month after he claimed to have wanted her barely 10 months ago. In her words:

This man was aggressively toasting me in February….he’s engaged in December. So it’s either he really thought that could have been me with the ring on my finger right now (LEEMAO) or he was playing games. Either way, LEEEEEMAO! 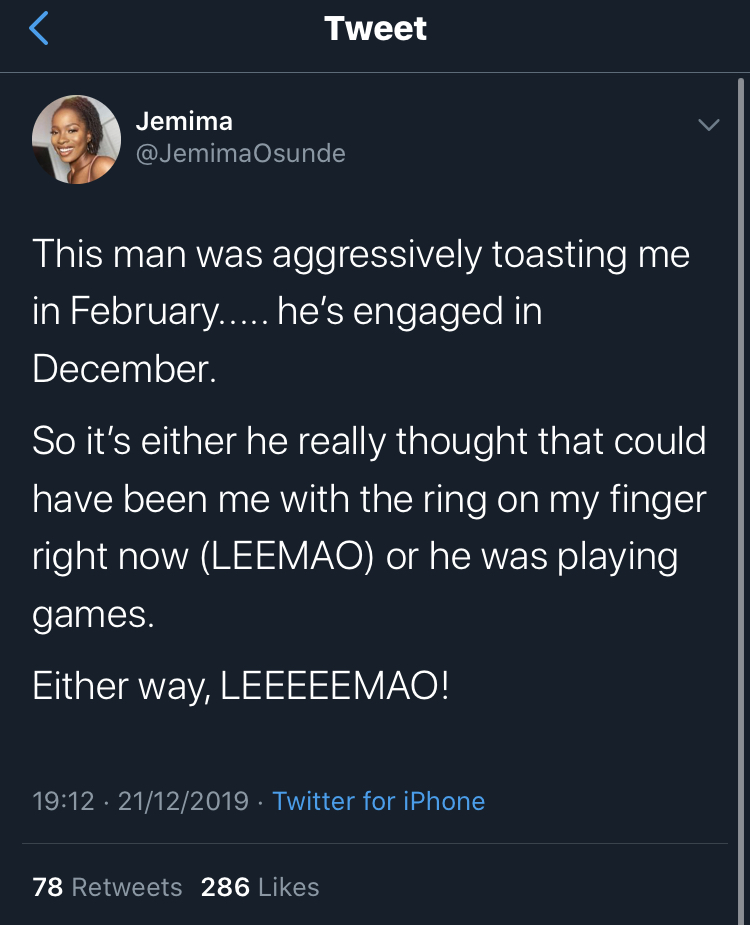 In response to the sub, Adeolu Adefarasin, and his spouse who were out last night having a good time, shared a loved up video and captioned it: ‘Judged’. The actress really outdid herself as her comment got a lot of backlash from social media users who explained that 10months is enough to get over somebody, meet another person; date them and get engaged penultimately.