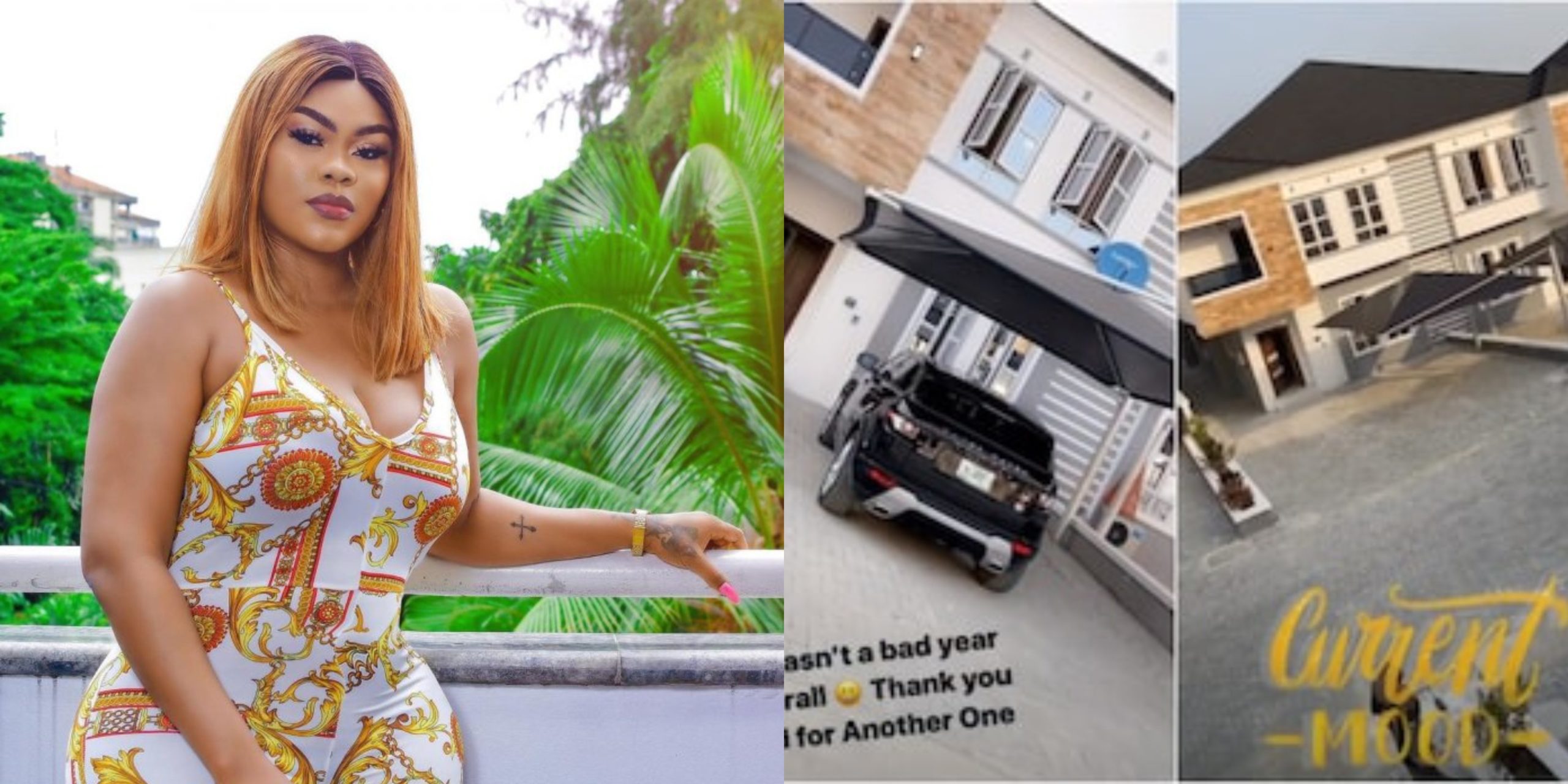 Nollywood Actress Daniella Okeke has ended the year on a high as she splashes money on property The actress bought herself a house in the expensive area of Lekki, Lagos state. It was reported that this house would be the second house the actress owns in Lekki in the space of two years Daniella Okeke has taken to social media to show off her new house.

The actress ended the year 2019 by acquiring a beautiful mansion in Lekki area of Lagos state.

On her post, Okeke thanked God for blessing enough to buy herself the beautiful house. She also stated that this year 2019 has not been a bad one for her.

From slim to thick, see throw back and recent pictures of…

Okeke also thanked God for acquiring another house in Lekki. It was reported that this house would be the second house the hardworking actress owns in Lekki.

THE beautiful actress professed her love for Nigerian-British heavyweight boxer, Anthony Joshua and this cause a squabble between her and popular OAP, Toke Makinwa who warned her to stay off her man as she started having a crush on him first. Continue reading… Man shares story of how runs girl he & his friends carried changed their life for good, gets married to one of them