The scandalous remark from a secondary school principal on the result sheet of an SSS 1 student at the end of the academic term has got many talking on social media.

In a photo of the result sheet that is currently going viral on social media, it was interpreted that the undisclosed female student that owned the result performed woefully in her examination, but instead of the principal of the school to motivate the student, he advised her to drop out of school and go for marriage.

Shocking as well, the principal clearly indicated the reason for the advice to marry, stating that the student was always playing with boys in the bush.

See the result sheet below; 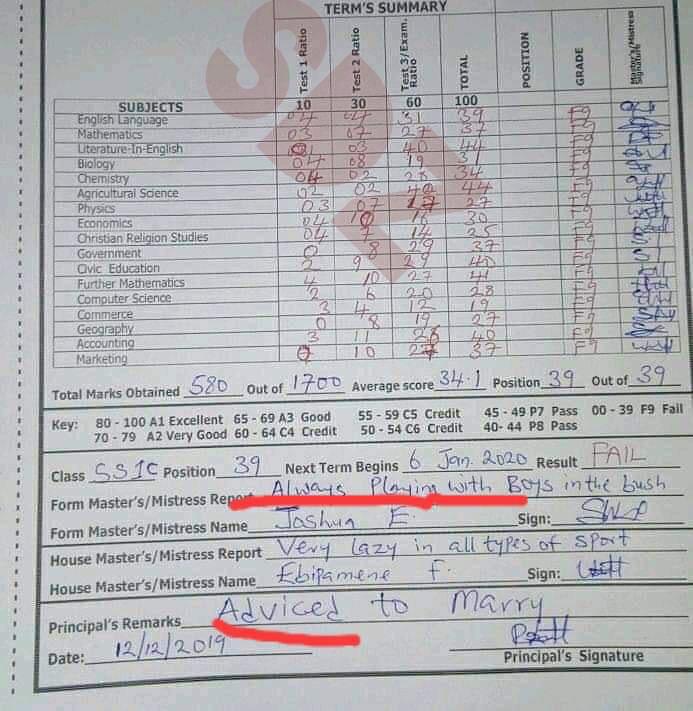 You cannot be a Christian and also be a Marlian – Nigerian pastor, Sola Adio

“I never went to school but I now supervise Msc and PhD holders”- Nigerian Billionaire, Indimi