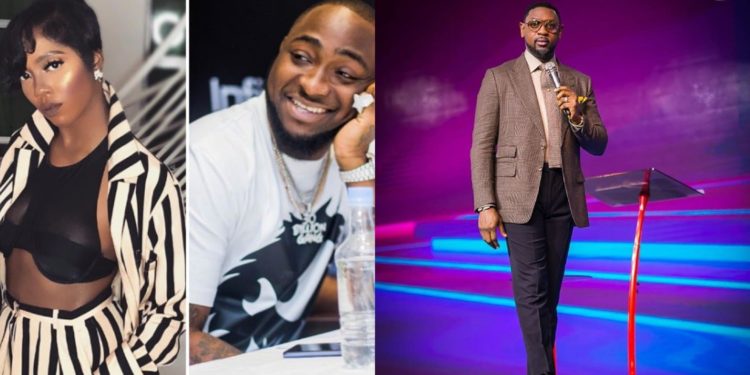 Common Wealth of Zion Assembly(COZA) has now published another video after they were forced to take down their controversial video of Nigerian celebrities promoting the church ahead of their 12Days of Glory Gospel program.

This comes after Commonwealth of Zion Assembly (COZA) used Nigeria pop singer, Davido in an advert for the church ahead of its programme in January.

In the video, Davido is heard saying he puts God first in everything he does.

Coza Pastor, Fatoyinbo will not be charged with a rape crime…

Busola Dakolo gives an update on her rape case against…

“Hey fam, hope you are planning to be at the 12 Days of Glory 2020 in COZA. My friend @davidoofficial says that he puts God first in everything. You should do the same. See you then!” Fatoyinbo said.

Wizkid has placed a curse on all fake pastors in Nigeria while expressing his angry side towards christianity and the high rate of false prophets in Nigeria.

The singer seems to be very angry and he has taken to twitter to vent his anger. And every single fan of Wizkid knows that the Starboy rarely cents his anger on Twitter but whenever he does, he attacked with venom.

However, COZA seems to care less about the remarks from the celebrities as the Anchor of Janel’s Diary, an Ambassador for Youth Liberation(AYL) and Chief Executive Officer of Elizabeth Omale Online TV, Elizabeth Omale has released another amazing promotional video “@omalizz12” with her daughter(Janel) ahead of the 12Days of Glory Gospel program happening live at the Common Wealth of Zion Assembly(COZA) and will be holding from January 2nd to 13th across cities.

Lady reveals how scammer jazzed her, used N10 notes to buy items worth N25,000 from her store (Photos)