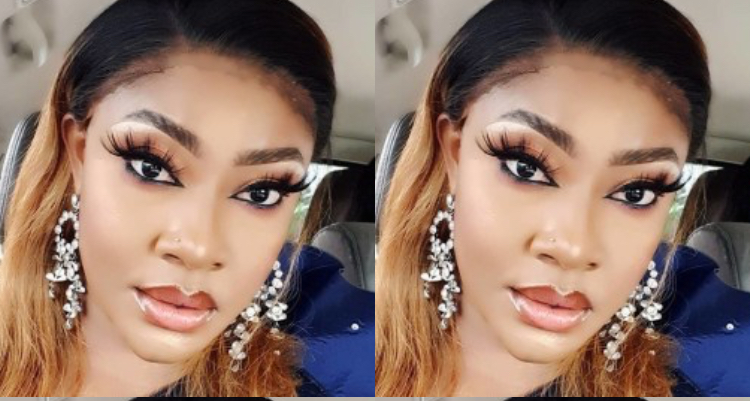 Embattled Nigerian actress, Angela Okorie showers rain of curses on her doubters after she narrated the story of the brutal attack launched on her by alleged assassins.

Not everybody bought the story, as some social media users pointed out vulnerabilities in her narration, terming her attack as fake.

The actress seems unhappy with the doubters and has addressed them in a post on social media, where she wished that a similar attack be rained on any person who claims her attack is fake.

Angela Okorie weeps in new video, says its been pains upon…

Okorie has been in the news after she was attacked by gunmen who shot multiple bullets at her car. She claims she was hospitalized and had 10 bullets removed from her head.

However, some people are not buying it and she’s been accused of doing this for hype.

But Okorie has responded to those critics with curses.

Joke apart
Let’s face Reality
If anybody who sees this and still feel
It’s make up
You need Jesus In Your life
Pls my brothers and sisters
We serve a living God
I am planning a very big
Thanksgiving to show how
Greatful I am
No man can take this glory
Anybody that says is make up
We wish them all this kind of make up
In Jesus Name
Any blog Carrying fake news about
What God has Done in my life
Instead of praising God for my sake
Shall receive same pain in Jesus Name
My God is bigger than any blog or human trying to bring me down Amen .

Wife cuts Husband’s manhood in Taraba for impregnating another lady