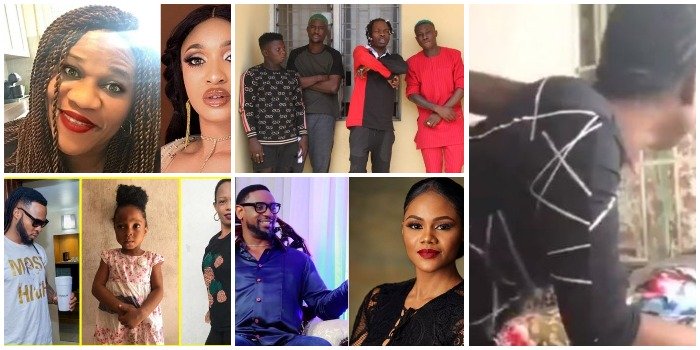 3. Tonto Arrested and Jailed In Dubai

Alex Ekubo Details Why He Is Not Married Yet Aside Not…

Nigerian cross dresser, Okuneye Idris, popularly known as Bobriaky has confirmed to the public that his best friend, Tonto Dikeh was arrested in Dubai for fighting and cursing in public. The rumor of Tonto Dikeh’s arrest went viral on social media on Saturday, 16th of November when a gossip blogger published the rumor and a few blogs circulated the story. Read story here I think Paul Okoye (Rude Boy) sure owes his twin brother Peter Okoye aka Mr P a few bucks after getting a free promotions for his track titled ‘Audio Money’. The story began when Mr P started showing support for reality TV star, Tacha while she was in the BBnaija 2019 house. Peter promised to give her the sum of N60 million once she gets out of the house. Well, Tacha got out but not through the front door of course as she was disqualified from the show. Peter reneged on all his promises despite video evidences of him promising Tacha N60 million.

Former students of Babcock University were caught in a leaked sex tape scandal. The Babcock female student in the viral leaked sex video nicknamed ‘Mia Khalifa’ was allegedly expelled from the university after the video went viral. The guy was reportedly to have already been expelled and undergoing rehab before the video leaked. Read More