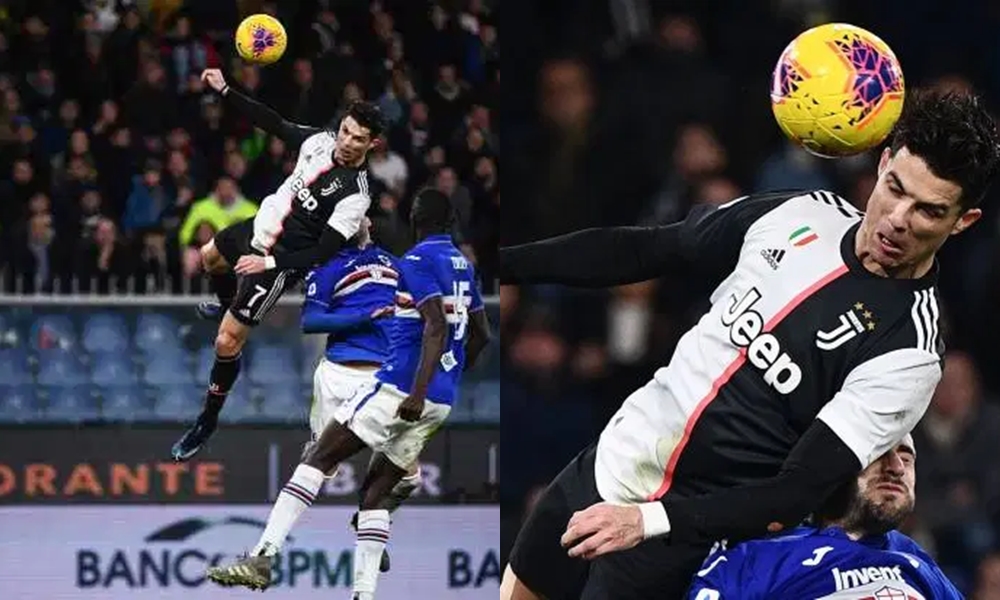 RONALDO has been hailed by fans after scoring an incredible header for Juventus on Wednesday night.

The astonishing brilliance saw him increase his tally to 10 strikes in 14 Serie A appearances since the beginning of the season under manager Mauricio Sarri.

Juventus came into the game full of enthusiasm but Sampdoria proved they were a tough side as they dragged Old Lady to the end of the first half.

Dybala gave the visitors an early lead in the 19th minute but the goal was later canceled out by Caprari in the 35th minute. With the game looking destined for stalemate, it took Ronaldo’s amazing killer instinct to go extra-length, handing Juve another early lead with an 8ft 5in header.

The former Real Madrid star rose 2.56metres off the ground and made Sampdoria keeper look helpless with his stunner sending the whole stadium into wild frenzy.

Cristiano Ronaldo was 2.56m in the air when he connected with the header (8ft 5 in the air). Insane athlete.