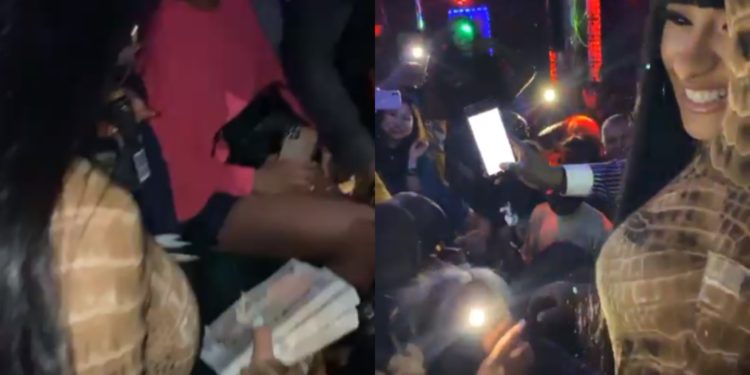 Nigerians have gone berserk on Social Media after videos of American Rapper Cardi B aka Chioma B in a Strip Club in Lagos saturated everywhere. The American rapper who was once a Stripper before the fame and popularity decided to show love the the stripping industry, Lagos branch.

The mother of one who clearly misses her daughter (as seen on her IG page) decided to shove the misty moment off by hitting a Strip Club in the heart of Lagos City. Nigerians woke up to the news and seem quite elated at Cardi’s originality, some even bashed Jidenna for calling the popular Admiralty way in Lekki a ‘Concrete jungle’

Cardi’s surprised visit to the club saw a lot of people, especially white s, throwing hard currencies at the strippers curling around the strip poles. The rapper was overly excited as she could be sen choking on the heavy behind of one of the dancers.