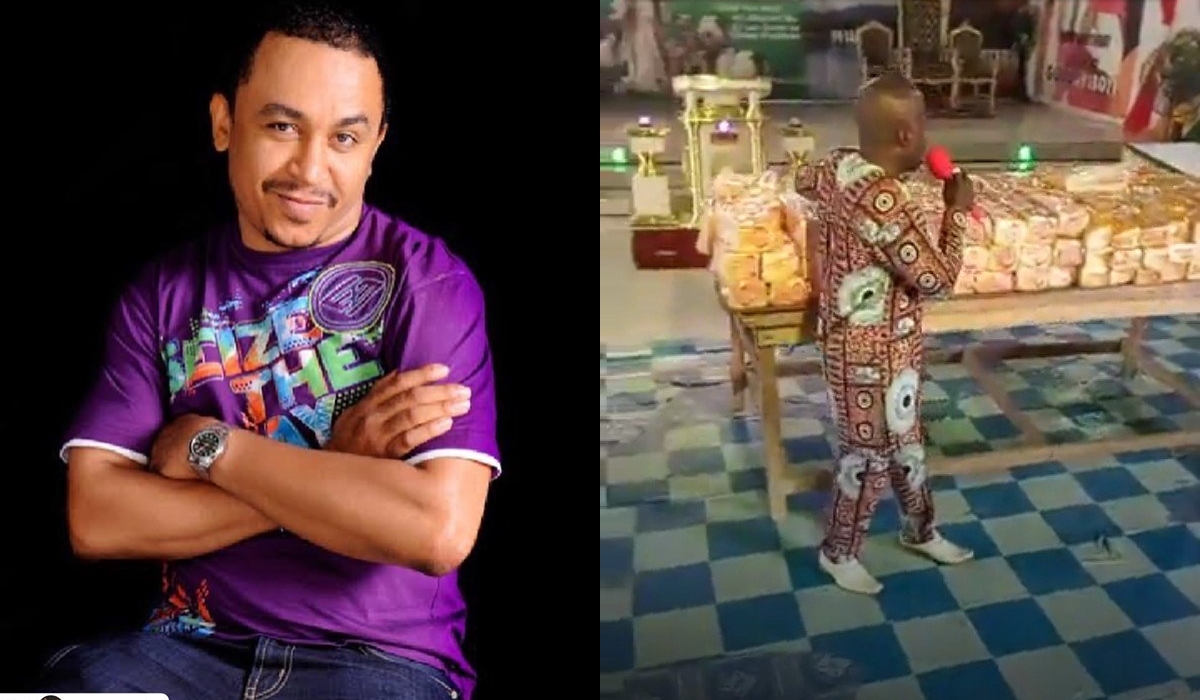 OAP Daddy Freeze has reacted to a video of a pastor giving his church members anointed bread.

During a service at a church in Delta state, the pastor identified as Bishop Iboyi was seen with a table filled with bread. He claimed that the bread was anointed and said he would distribute it to his church members.

In the video, the pastor was heard claiming that anointed bread can perform lots of miracles like giving one the fruit of the womb and heal the sick.

We Need To Wake Up – Daddy Freeze Reacts To Pastor Oyedepo…

After the video went viral, it came to the attention of media personality Daddy Freeze, who is known for coming after men of God he believes go too far when it comes to proving the power of God.

Daddy Freeze described the pastor’s claims and service as a foolish display. He asked what an anointed bread is.