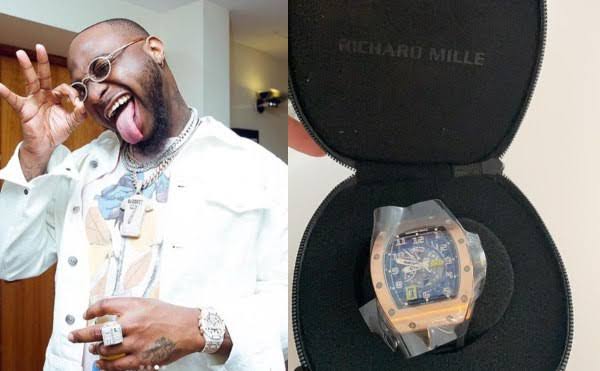 Popular Nigerian superstar, Davido Adeleke got really aggressive with people around him when he stepped out of a night club at Osu, in Ghana.

According to the report we gathered from a footage that emerged on social media today, the singer’s wristwatch was snatched from him after he arrived in Ghana yesterday with his daughter and baby mama for the AfroNation concert.

A Ghanaian news blog posted the video on their platform stating that the singers $30,000 wrist watch got snatched while he was clubbing.

In the video we obtained, angry Davido can be seen trying to storm out of his car with immeasurable aggression.

We are however yet to confirm the authencity of this report as the singer is yet to make any statement about this on his social media pages unlike when he lost his N5millon diamond encrusted Cartier eyeglass that went viral shortly after his son, Ifeanyi’s naming ceremony in UK.

The eyeglass pulled fans attention after he rocked a it at his son’s naming ceremony, but little did he know that the glass won’t be his for long.