Davido in tears over death of Juice Wrld, says they were recording a song together

Davido and late rapper, Juice Wrld were about to drop a music project together before the sudden unfortunate incident that took the rapper’s life, now we would probably not get a Davido vs Juice Wrld track.

Davido took to Instagram to grief over the death of 21-year rapper, Juice, who died yesterday. Davido also revealed that he and late Juice Wrld were to release a song before his unexpected death.

The world was shocked when it was reported that 21-year rapper, Juice died yesterday. The late US rapper who shot to fame on music streaming platforms, was said to have been depressed and found solace in drugs which led to his death, although Suntimes claimed that Chicago police department told the their agency that there were “no signs of foul play” and it was unclear whether drugs played a role in his death.

The “Risky” singer took to his social media page to share a screenshot of his conversation with the late rapper. The chat shows the conversation about the record they were about to release which appears to be ready.

See the chat below: 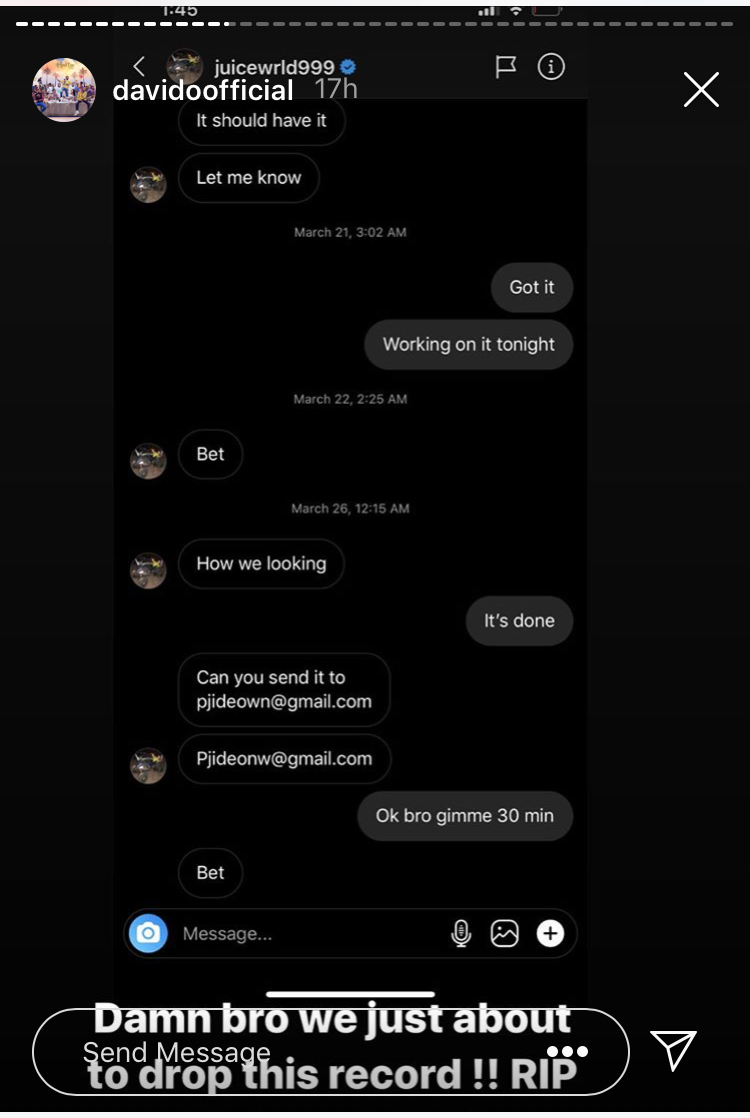