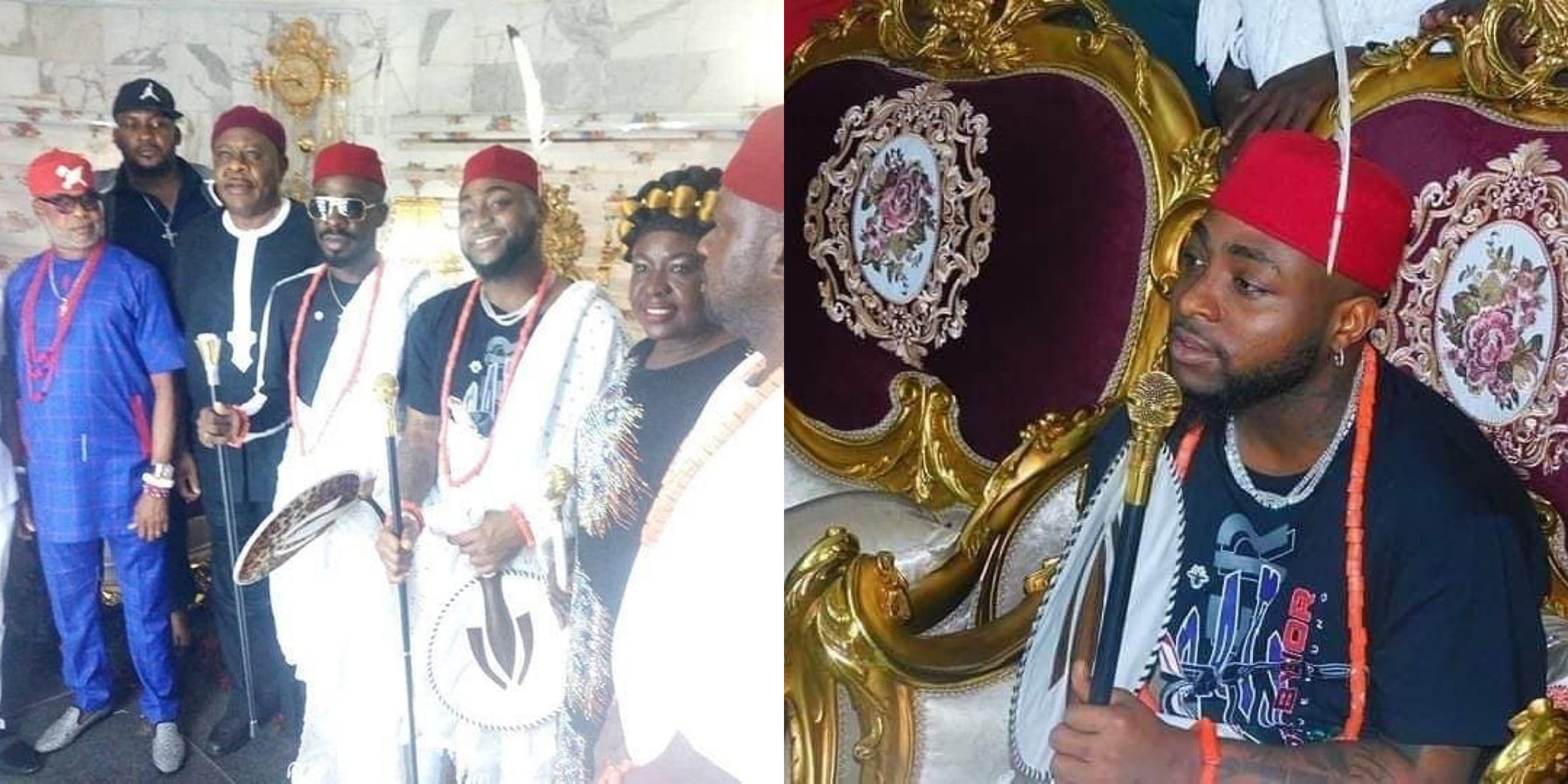 New reports have emerged claiming that Nigerian singer, Davido was not conferred a chieftaincy tie in Ibusa, Delta state, as opposed the earlier published story that Davido who hails from Osun state of the southwestern region got a chieftancy at Delta State of the South-south

According to the reports, the singer was not conferred a title but instead was adopted into the said family. The report says the move would have desecrated or offended the lbuzor tradition. “My attention has been drawn to the trending story about a purported conferment of a chieftaincy title on Davido.
~ Uwolo Amaechi Nwaenie.

For the avoidance of doubt, l want to state that l was a guest at Chief Barister Fred Ajudua’s (Onwa) residence on his invitation to host his son’s best friend – Davido.

I had no prior knowledge of planned event for the day until i got to Onwa’s residence. While in his residence, Onwa said he wanted to adopt Davido into the Ajudua’s family to straighten the strong friendship between his son Bobo and Davido. I recall someone jokingly asked Onwa if he wanted to ”give chieftaincy title to Davido’ to which Onwa said a categorical No.

As the Uwolo of Ibuzor, l cannot knowingly offend our cultural sensibility or be a party to any act likely to desecrate, denigrade or offend lbuzor tradition in any way, shape or form. What happened today in Chief Bar Fred Ajudua’s residence was an adoption into the family of the Ajudua and definitely not a conferment of chieftaincy title. Any misconception or misunderstanding of the process is highly regretted. It was a great day of friendship and celebration between two great families and calls for measured reaction from those who relied strictly on social media videos and pictures.