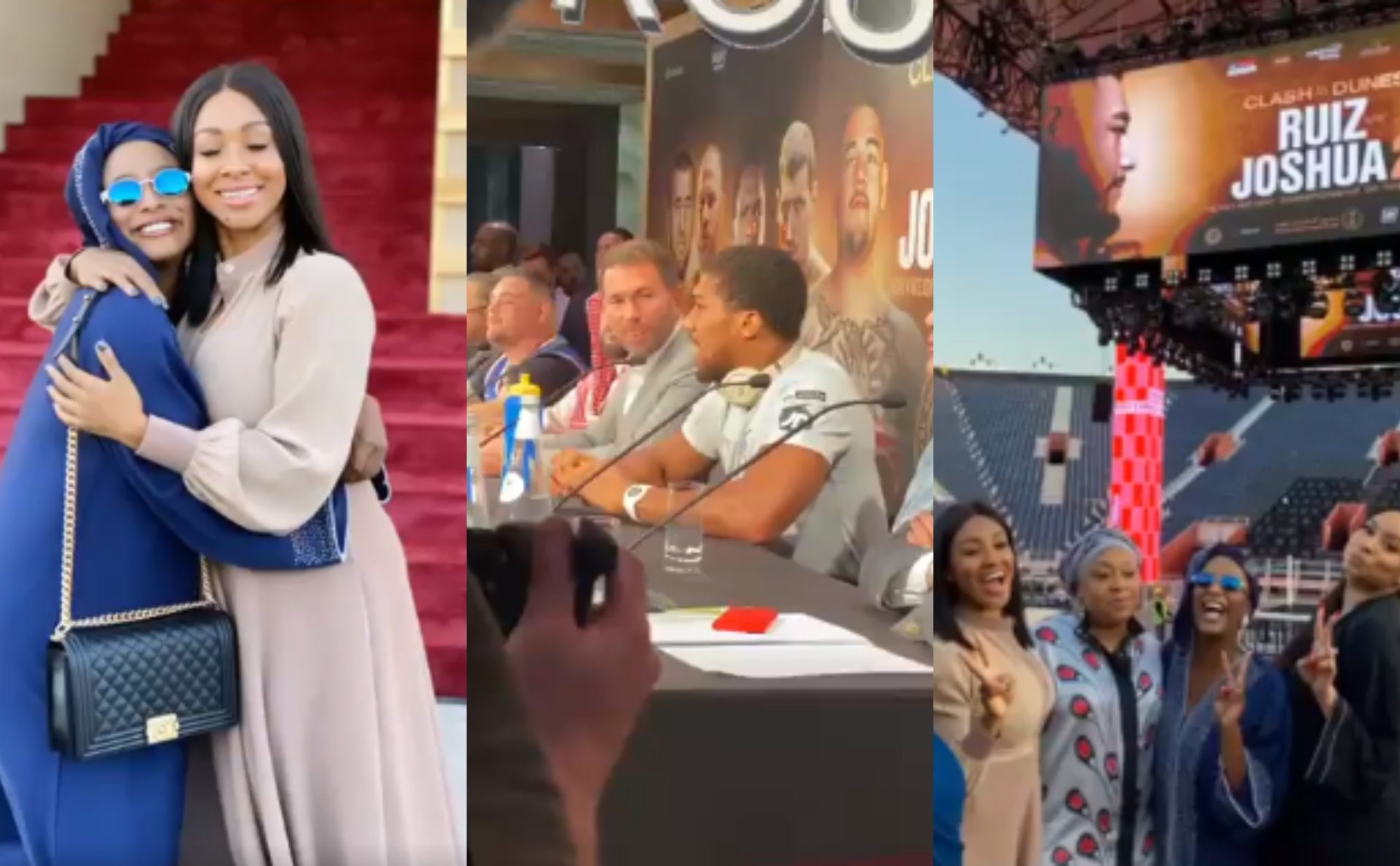 Billionaire daughter and disc jockey, DJ Cuppy was spotted hanging out with heavyweight boxer, Anthony Joshua’s sister, Janet Joshua in Saudi Arabia. The superstar DJ keeps dropping hints here and there, poking the curiosity of her fans as regards what is going on between them.

Recall, yesterday, Bubbly Cuppy announced on her Instagram page that she just landed in Riyadh, Saudi Arabia to watch the Highly anticipated boxing rematch between Anthony Joshua and Andy Ruiz on the 7th of December 2019. For someone who arrived 3days before the match, you can guess she wants to be [art of the build up leading to the fight.

Cuppy shared videos of Anthony Joshua’s press conference and announced she is so proud of him..That sounds a little intimate than what a fan can say about a celebrity but what do we know *Shrugs*.

Cuppy alongside her sister Temi Otedola , Joshua’s sister, Janet Joshua and others took a tour round the venue of the fight which is at the final stage of completion. in the video, Janet thanked Cuppy for always being around for her brother. The two ladies seem so happy together. A Yoruba adage says, ‘a family can’t know their son’s wife and allow concubines around him.’

I flew in this morning to drive her to school – Davido excited to meet his daughter, Imade Adeleke (Video)