Nigerian Singer, Davido and his fiancée, Chioma Rowland are in faraway Barbados for his 30BG concert. The couple alongside his crew members flew to Barbados from The UK, where Davido and his Lawyer, Prince linked up with their women before heading to the Caribbeans. 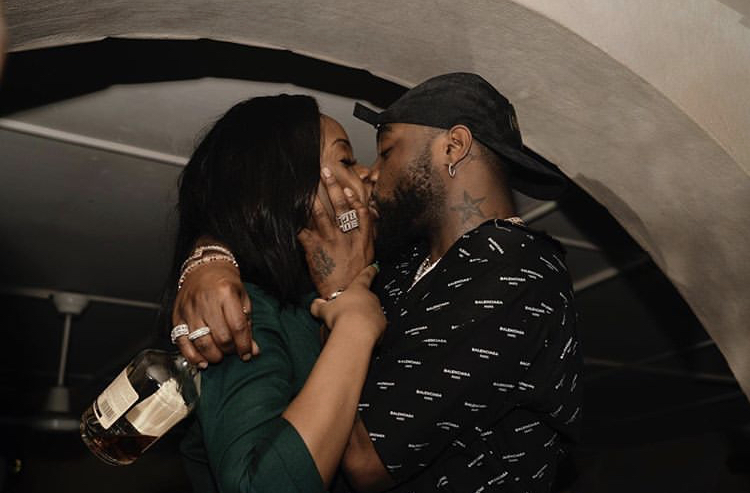 The new mother, Chioma seems to have damned all consequences as she had a love, drunk moment with her man and his crew. Davido took to his Instagram page to share a lovely picture of him and Chioma kissing passionately. Even without his caption ‘Drunk moments’, anyone would know the couple had too much to drink. See Photos below:

We hope the only drunk person is Davido, considering that Chioma is still a lactating mother and she’s forbidden medically to have alcohol in her system.