It was just like yesterday when the whole internet was struck with joy and excitement that Nollywood actress, Funke Akindele has become a mother of twin babies. Amazingly, we have just learnt that 12 months have already passed that period and the kids that was rejoiced about are now a year old.

Surprisingly, the actress still insists on not exposing the kids to the media and has gone mute over their first birthday.

We strolled her her various social media pages and she did not put up any post or picture about their birthday, except that she made it known after she posted a video of her twins on her InstaStory where a fan wished them happy birthday in advance.

The actress later replied telling the fan that they already turned 1 over the weekend. 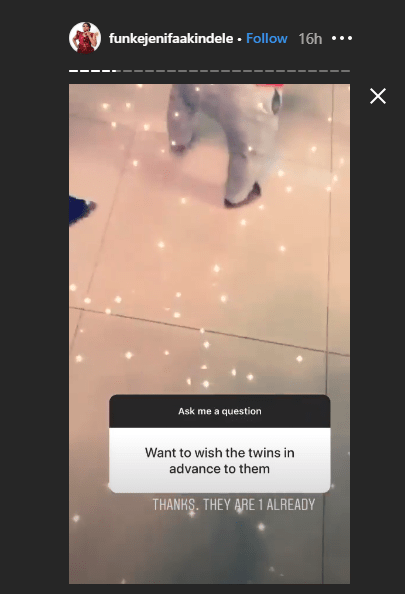