An actress in South Africa wanted to sound funny while throwing a shade at Music executive and producer, Don Jazzy, because he did not iron his clothes but she received moral lectures from Don instead.

Donjazzy has shared a picture on his Instagram page, rocking a pink outfit that looked wrinkled. The South African actress identified as Uyanda Mbuli noticed this and asked Don to find a wife so he won’t ever have to wear an “unironed” outfit again.

Uyanda wrote “Don, it’s time you get a wife Brother. So, she can make sure your clothes are ironed”.

However reacting to the post, Don Jazzy asked the South African socialite not to belittle women with her comment. 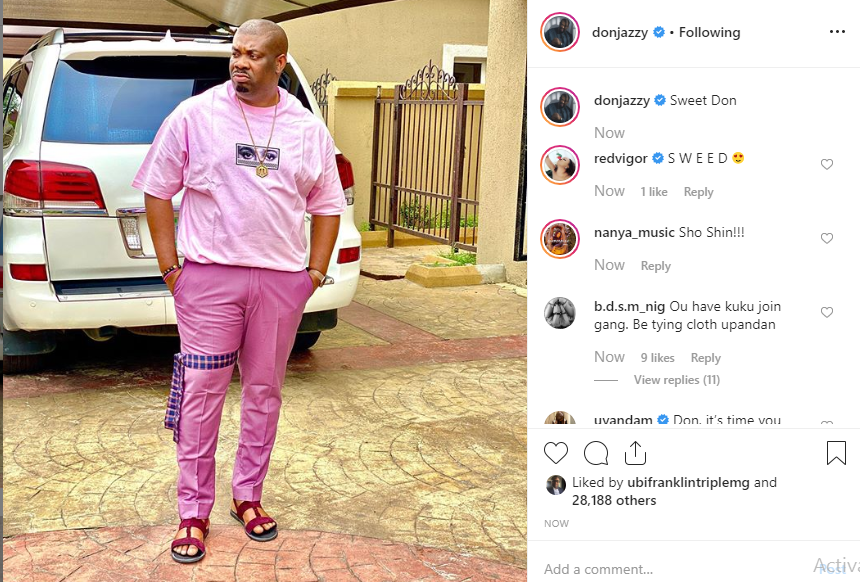 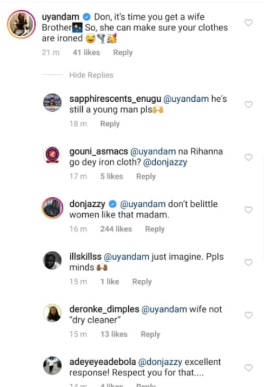