How 29 yahoo boys were arrested in Imo state (photos)

29 suspected internet fraudsters were arrested in Imo state following a raid by the EFCC on their hideouts.

The anti-graft agency stated that the suspected fraudsters were arrested in three different locations in Owerri, the Imo state capital.

The commission said the suspects, who are believed to have used different pseudo names to defraud their unsuspecting victims, were arrested following intelligence and three days surveillance on their hideouts in Bishops Courts’ Malo Lodge, Umuagu Mbieri and King David’s Suite in Owerri. 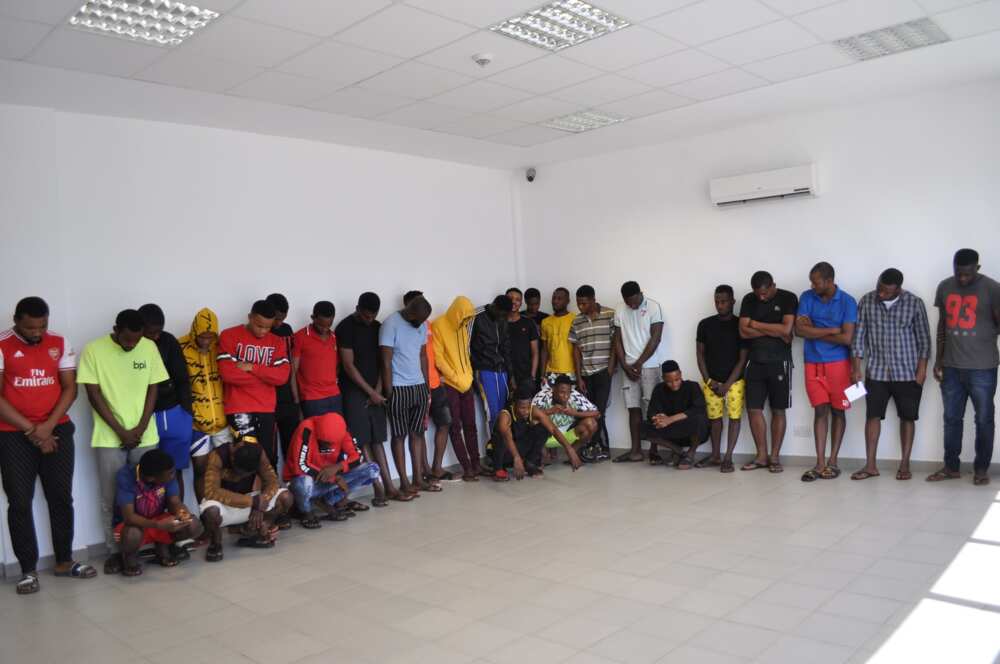 “Mothers of Yahoo Boys will be sent to prison” – Police Warns

I am homeless, my wife and kids left me after I was scammed by ‘Bankers from Nigeria’ – Read the touching story of a Canadian man

“We now anoint our panties because of Yahoo Boys” – Warri girls

Yahoo boys hire soldiers to flog a man who ripped them off of $22k in Maryland, Lagos (Video)