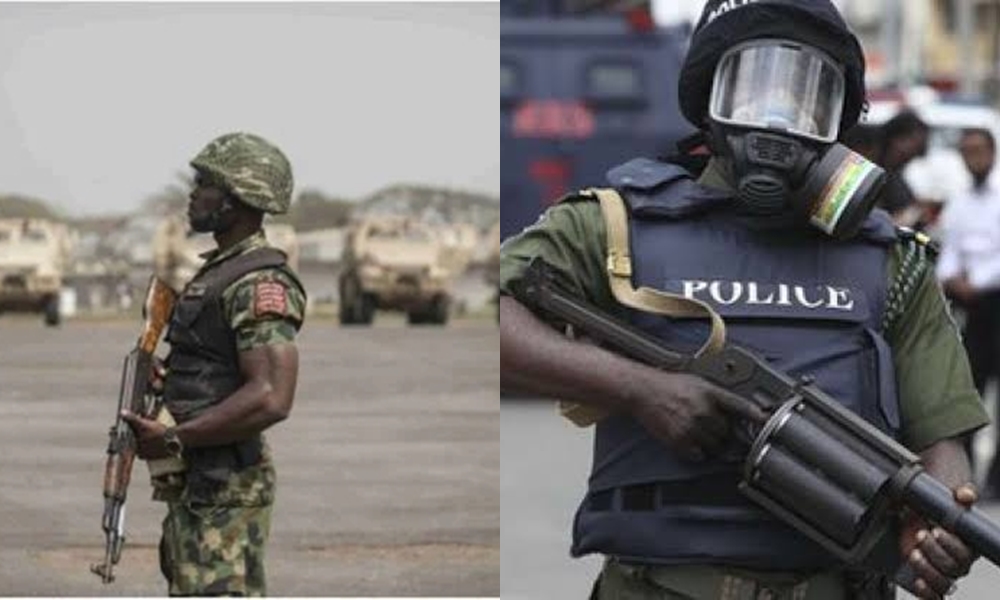 In a thread of tweets via his Twitter handle @007Soja, a Nigerian soldier narrated his ordeal in the hands of some SARS operatives in Enugu State.

While stating that the Special Anti-Robbery Squad, SARS is the most unprofessional unit of the Nigeria Police Force, the soldier gave a detailed explanation of how they manhandled the other passengers on the bus he was traveling in.

They, however ran away when they sighted some soldiers approaching them in their patrol vehicle

Lady narrates how a tenant allegedly brings in soldiers to…

Nigerian Soldier jumps from a plane with Parachute to…

SARS is the most unprofessional team of the Nigerian police.Here’s my experience as a Nigerian Soldier.Earlier this year the commercial bus I boarded in Enugu along 9th mile area was stopped by SARS operatives mounting an illegal check point. thread #EndSARS

They requested money from the driver and the guy said he’s just starting business, I was on civil dress because I’m on pass, the operatives ordered everyone to come down, they started searching people’s phone, I went up to the one that’s supposed to be their boss #EndSARS

I went up their boss & identified myself as a soldier on pass from north East, he said “And So?”, I went further & said I’m in a hurry that he should please release Dis driver, he got upset and threatened to Shot me, he said he’ll frame me that I wanted to disarm him

I was shocked how things escalated so fast, I was calm down, he said I shouldn’t tell him anything that he’s in his duty post and I don’t any right to tell him anything. I could see his rifle was already cocked and his Safety catch was on Rapid

His boys was already dishing out unsolicited slaps to the young man I was sitting Close to, he was on full beards, with the hand band he wore I think he’s a student of ESUT.I Was really hurt for many reasons

I can’t spend 1 and half year in maiduguri in good health only to come home on pass and be shot by a reckless police man,I was hurt because I can’t imagine risking my life in the North East protecting my country only for my own family to be harassed in this manner

The Operatives didn’t talk to me or request for my phone. I was there still trying to solicit for the passengers but the oga was playing God,I became really angry and called my colleague on patrol along that NSUKKA road,

When their boss saw u was really upset and I’ve started making calls he ordered his boys to return the car key to the driver, in some minutes I could sight the army patrol hilux heading through my direction, immediately the SARS boss ordered his men to enter their Bus

They sped off, plying the STAR BREWERY route and went straight to EKE, my colleagues got there and I explained what happened and they promised to get them. I have been on duty even in maiduguri with MOPOLS and they’ve never acted in such a reckless manner

They sped off, plying the STAR BREWERY route and went straight to EKE, my colleagues got there and I explained what happened and they promised to get them.
I have been on duty even in maiduguri with MOPOLS and they've never acted in such a reckless manner #EndSARS