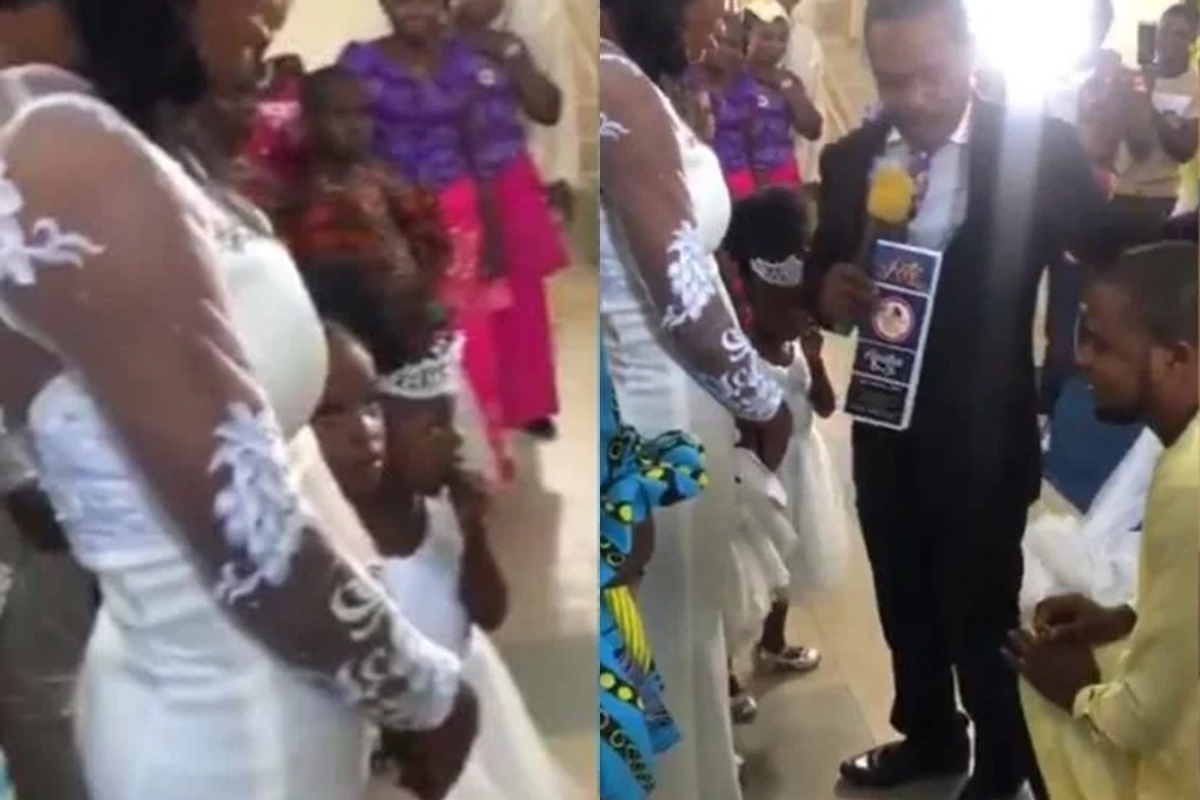 A Pastor has caused drama on social media after he denied a man the opportunity from proposing to his daughter.

The Pastor who was officiating a wedding ceremony immediately stopped the man who presented a ring on one knee, to propose to his daughter because he is not aware of the relationship. Drama as woman crashes wedding as she claimed to be pregnant…

He got closer to the man who was on one knee, asked him to stand up that he shouldn’t do that because he is not aware of the relationship and before he can decide to engage his daughter, he is supposed to come and see him first.

As the drama unravels, he apologized to the boyfriend for any embarrassment.

Stefflon Don reveals the birthday gift she wants from Burnaboy