‘I’m very proud of you as your dad’, Davido’s father sends him message following successful show

Davido recently took to his Instastory to share a screenshot of the loving message his billionaire dad sent to him.

Adedeji Adeleke had penned a long letter to his son, expressing how proud he feels about him. In the message, the father expressed how proud he was of the singer and how much he loved him.

He commended him for a job well done at the concert and stated he was always going to pray for him. 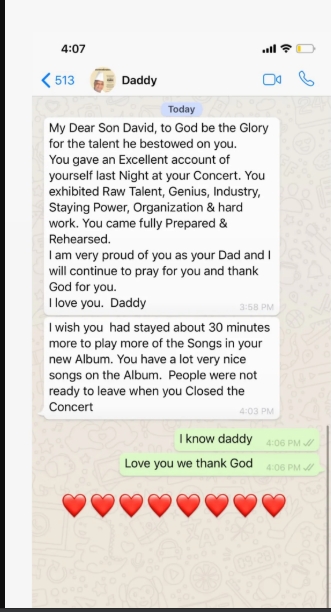 If you recall, Davido made two fans happy by giving them one million naira each during his performance. The singer gave one male fan and one female fan the money after asking them for their names and the name of their school.