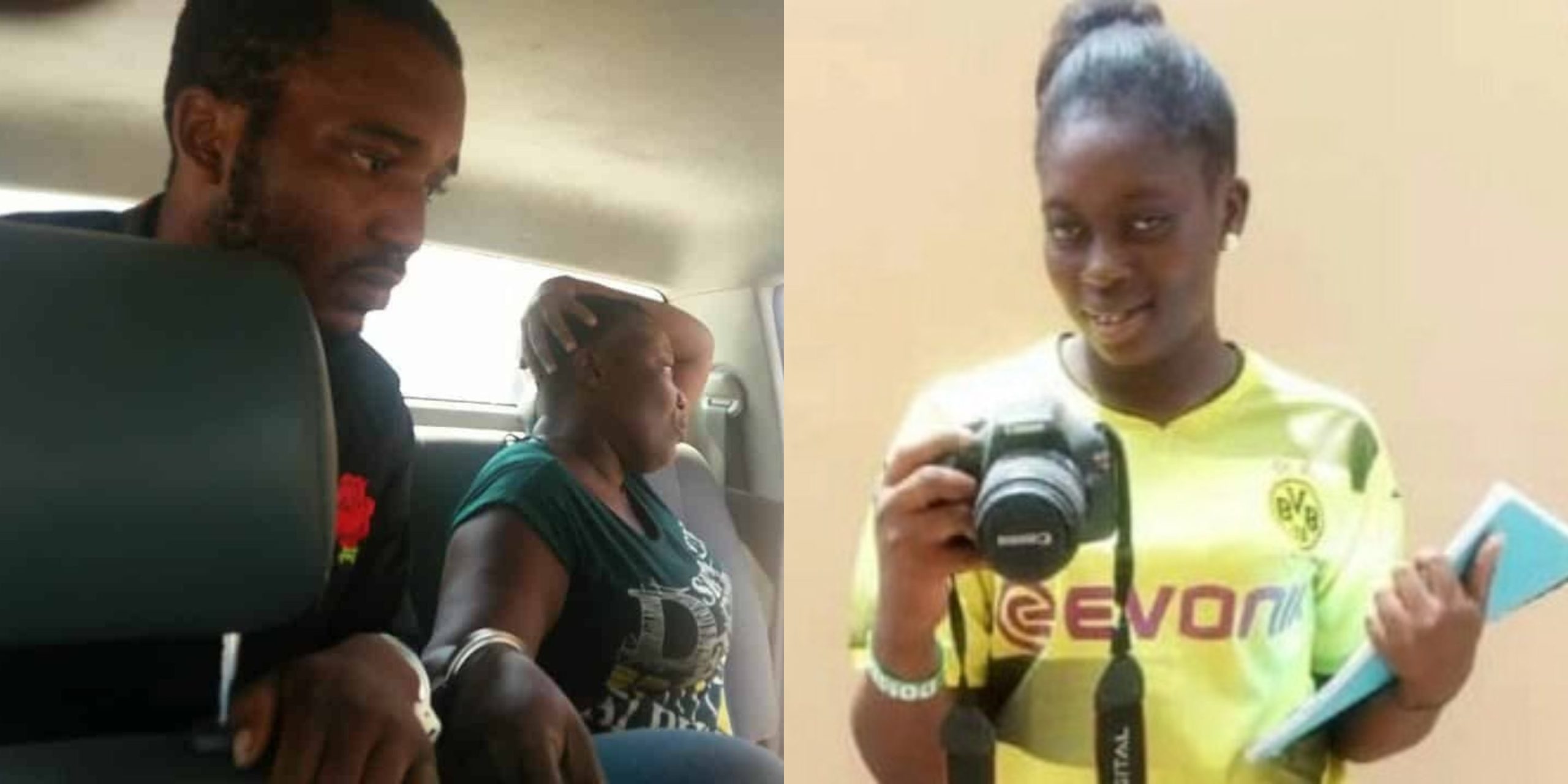 In a chilling story that happened in Ikoyi – Ile, Ikire Osun State, A fake prophet and Nigerian woman have been apprehended by the Nigeria Police for killing 400L Theatre Arts undergraduate of the Lagos State University and harvesting her body parts for ‘Money ritual’

A 22 years old Favour was drugged by mother & son in a hotel before taking her to the fake prophet’s church who charged N250,000 for his service. Owolabi then used a pestle to smash a weakened Favour in the head thrice for the fake prophet to slit her throat & opened up her body

Favour was to return to school (LASU) on Sunday, December 8 from her parents’ house in Mowe, Ogun State when she received telephone calls from Owolabi Adeeko, her boyfriend of about 2 months, requesting that they should meet at an undisclosed location.

She told her parents that she would stop to see a friend on her way to school & would call them on returning to school to prepare for her exams. The parents became worried when no phone calls came from her as she promised & began to try her line for 2 days with no success.

They decided to visit her in school but they were shocked to find out that she had not been seen in LASU either. They reported at  Mowe Division & police tracked her phone to be around Oyo & Osun States with her Sim card removed & another line inserted in her phone.

The phone was found with a C&S (Cherubim & Seraphim) prophet, Segun Philips whose church is at Ikoyi Ile near Ikire, Osun State. Prophet Segun confessed that Owolabi Adeeko & his mother brought Favour to be used for money rituals when the police from Mowe moved there on Dec 24.

‘Many powerful Nigerians will be exposed’, Gani Adams makes 10 predictions ahead of 2020