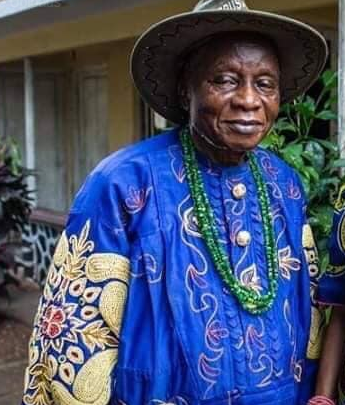 Before his death, he was the traditional ruler of Afara Ukwu Umuahia community. Eze Kanu’s death comes four months after the demise of his wife, Nnamdi Kanu’s mother, Ugoeze Sally Kanu.

Eze Kanu has not been seen in the public since September 2017, after a detachment of soldiers raided his palace.

One of his sons, Emmanuel, also confirmed the demise of his father.

May his soul rest in peace, Amen.