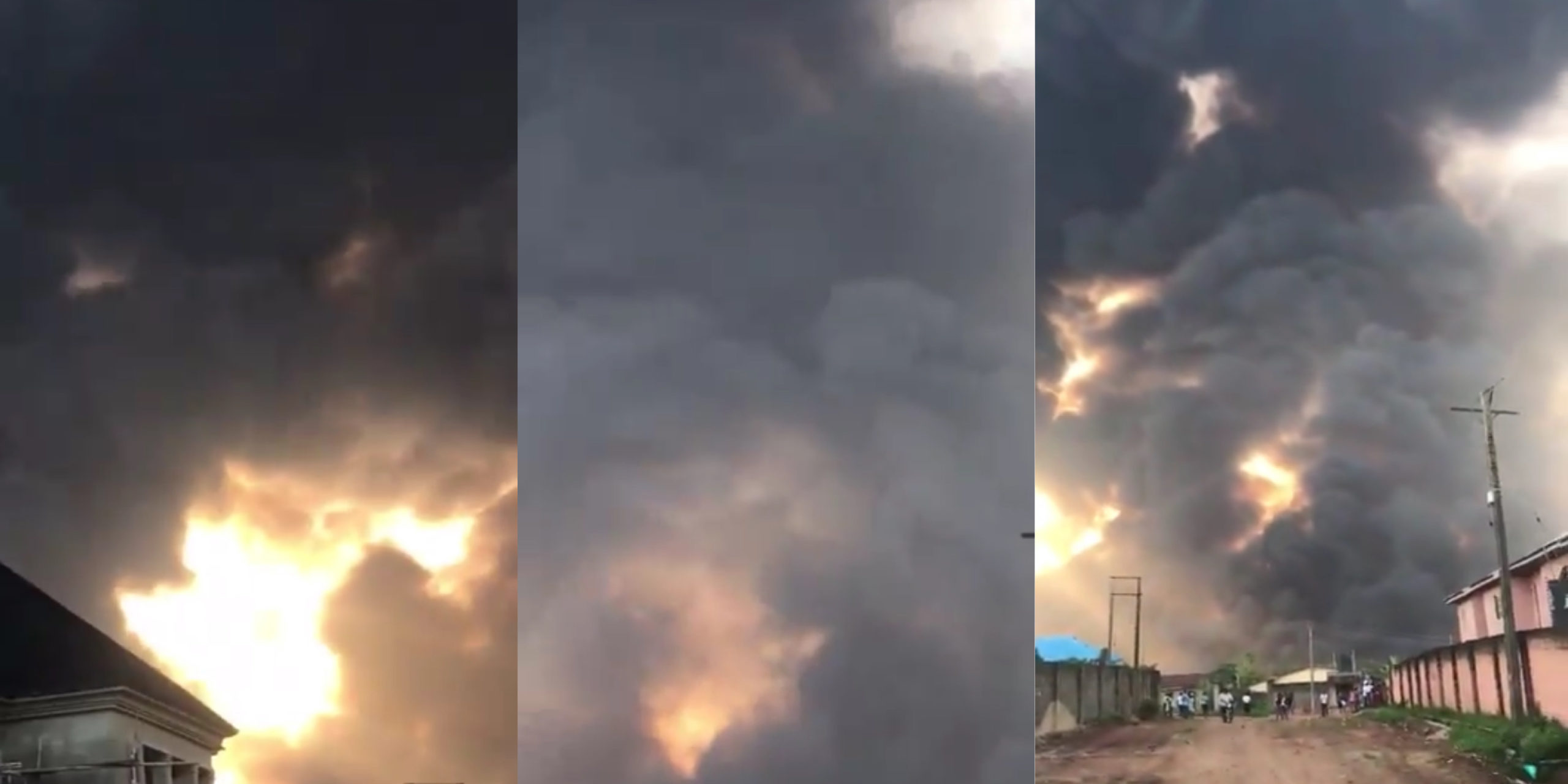 In a sad occurrence, an oil pipeline running through Glory Land estate around Isheri Olofin, Egbe-Idimu local council development area of Lagos state, exploded this morning. The incident happened in the early hours of Thursday 05 December 2019, leaving residents scampering for safety and reaching out to their loved once.

“There is an outbreak of fire at the back of Diamond Estate along Isheri/Lasu -Igando Road. I suspect that the fire must have been caused by pipeline vandalism. I have activated Lagos State Response Plan. All key stakeholders have moved to the scene,” he said.

No loss of life or casualty has been recorded yet. Casue of explosion is still unclear, but some residents say it is as a result of the activities of vandals.

Below is a video from the scene.

“Your wife cannot cook and you are happy about marriage” – Fans blast Davido’s brother, Adewale and wife for always visiting the restaurant