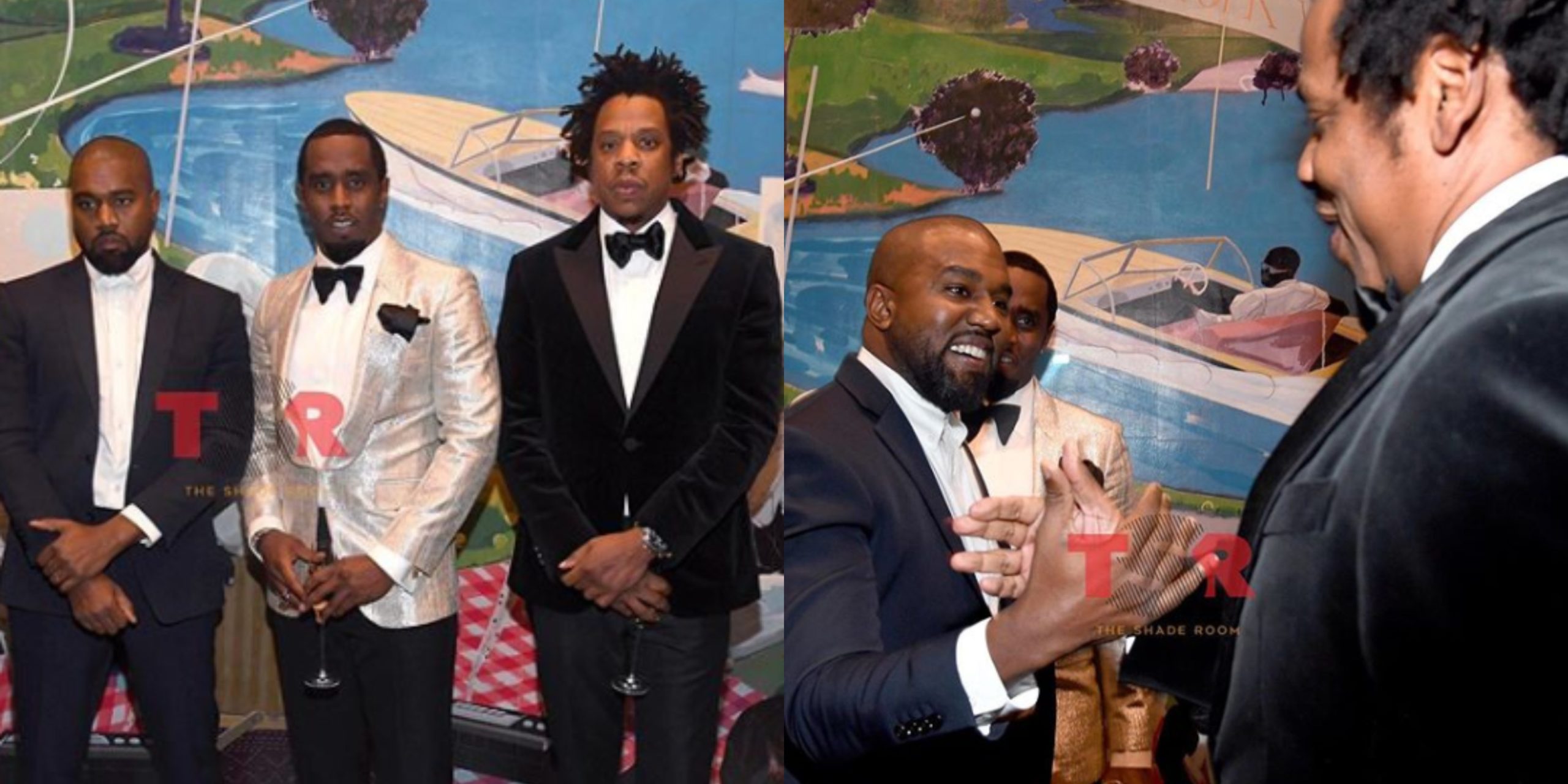 American rapper and business mogul P.Diddy finally held his 50th birthday party following his actual birthday back in November. Apparently, the American Entertainment Industry heavyweights were in attendance…including Kanye West and Jay Z, who had the reunion fans have been waiting years for. If you’ve been on social media recently, you probably had your TL swamped with endless photos and videos from Diddy’s star-studded 50th birthday bash. Not only did he have the party filled with some of the biggest names in entertainment—he also managed to get Kanye and Jay Z to reunite following their estranged friendship, which started because Jay didn’t come to Ye’s 2014 wedding to Kim Kardashian. Things got worse during Kanye’s on-stage breakdown following Kim’s 2016 Paris robbery, in which he called out Jay’s lack of support during such a tough time.

Kardashian begged Kanye West to meet up with her after his… The recent reunion will be the first time JayZ, Kanye West, Beyonce and Kim K will be all photographed together under one roof. This move shows another Christain-like trait in new convert, Kanye West whom many doubt his sudden faith in Christ.