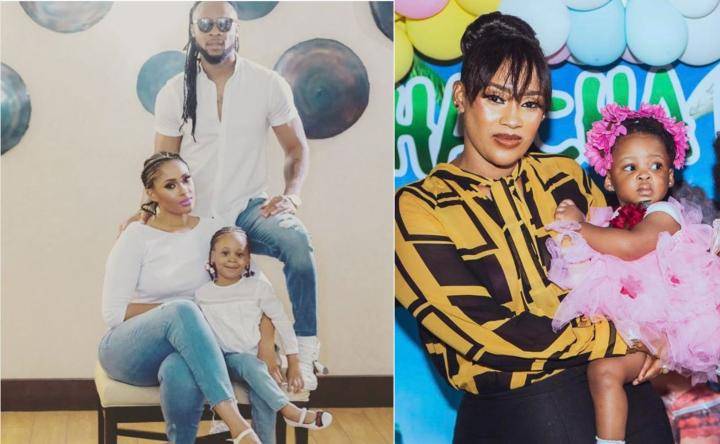 Omeruo didn’t know Flavor and Sandra were keeping their 2nd child away from the media. He shared the child’s photo among the several pictures he posted from his son’s birthday.

The face of Singer Flavour’s 3rd child has finally been unveiled to the world after a little mistake Nigerian football star, Kenneth Omeruo.

Apparently, Kenneth Omeruo’s mind was far from Flacour and his first baby mama, former beauty queen Sandra Okagbue’s decision to keep the face of their child secret for now.

(Video) Singer, Flavour talks about the first time he had…

Omeruo posted the photo of the child while sharing photos from his daughter’s 1st birthday, but he has now deleted the photo.

Apparently, Sandra might have called his attention to the fact that they are not ready to share photos of the child online, hence he took it down.

The child is a baby girl and not a boy as reported by some blogs. See below;