The attention was supposed to be on Nigerian music star, Wizkid Ayo Balogun in a new video of him vibing at a night club but fans are not talking about any of that. They spotted something else more interesting and it was the girl standing right behind Wizkid in the video.

Immediately the camera was put up and Wizkid was dancing, the girl became restless and appeared to be hiding her face from the attention of the camera, but it was impossible for her to completely hide because she was right behind the spotlight, Wizkid.

The lady who appeared to be hiding her face has now become the trending topic on everyone’s feed after the video surfaced online. One of the people that commented on the video wrote;

I’m dying at how the hun in black tried to hide behind Wizkid, she tried so hard not to jumpisa

See more tweets about the video below;

I’m DEAD at how the girlies are trying to hide from the camera. 😅 https://t.co/FUziDOtlwf

I'm dying at how the hun in black tried to hide behind Wizkid 😂🤣😂 she tried so hard not to jumpisa 😂🤣😂 https://t.co/janI1hDGDw 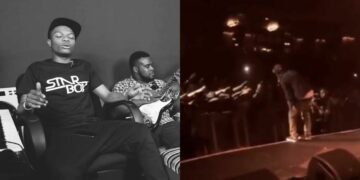 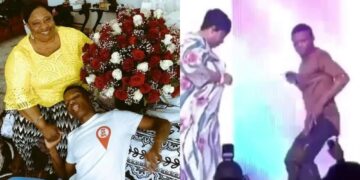 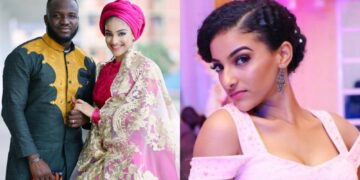 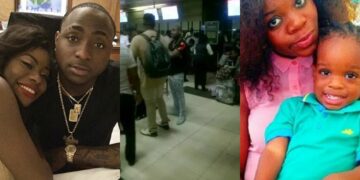