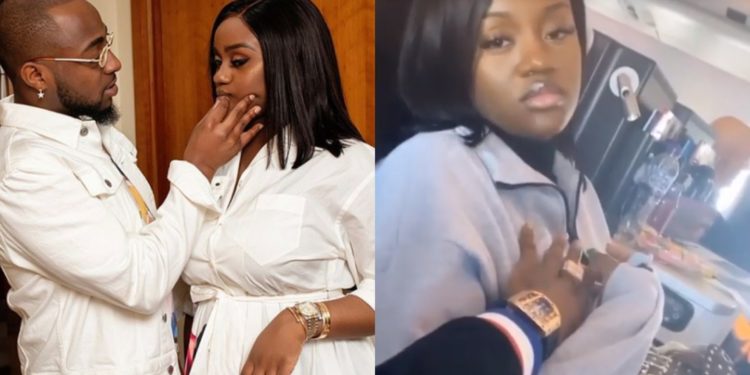 Davido and Chioma keep proving the doubters wrong with their unwavering love for each other. Davido who is known to be very playful, recorded himself teasing the tired mother, Chioma who most likely must have gone through a lot to put Ifeanyi to sleep and hoping to get rest herself.

De playfully fondled on Chioma’s heavy breasts, she hesitated a bit but they say if you can’t beat them, you join them, Davido continued this act with some real intensity while on the plane right in front of other passengers who were of course minding their businesses..

Could Baba Ifeanyi already be in the mood to drop a second Adeleke Jnr with Chefchi?We recall one time Chioma’s sister said she might get another baby soon if she doesn’t desist from looking really nice