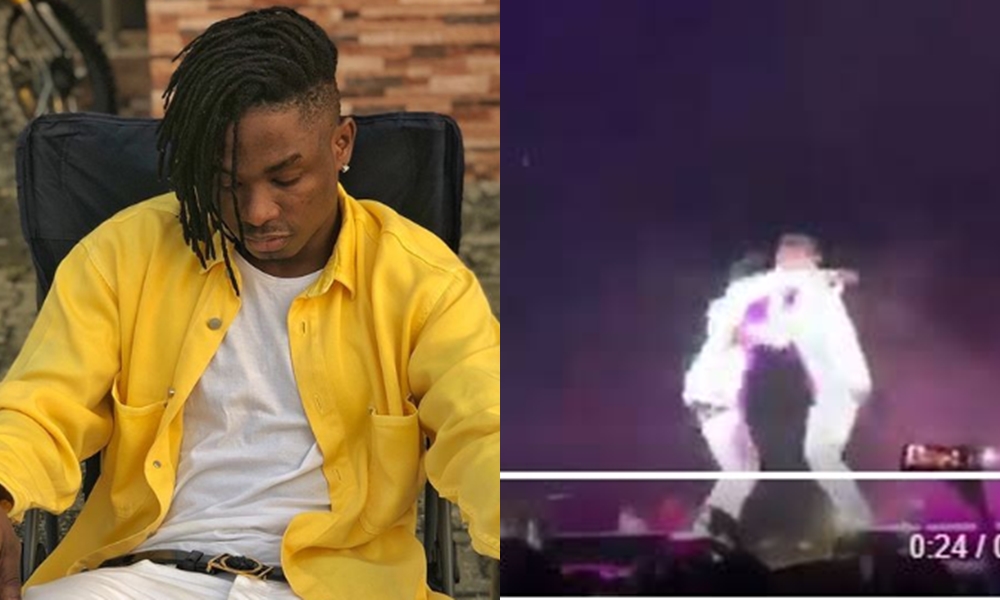 Lil Kesh and Young John recently had a stage mishap while performing at the Olamide Live In Concert show.

The ‘Efejoku’ crooner had a fun time thrilling fans as they danced and sang along to the hiit.

He was almost wrapping up his performance when his producer, Young John came on stage to join him in the euphoria of the moment and give his performance a resounding finish. However, his entrance didn’t go down well as he slipped on stage, tripping himself and the singer to the floor.

In an attempt to douse the awkward situation, Lil Kesh threw John a big hug, jumping on the producer who again accidentally slipped bringing both men down to the floor one more time to the amazement of fans who had just had a dancing spree.

The duo however wrapped up the performance and exited the show almost immediately.

The video of “the fall” has been trending on social media, with the hash tag ‘Lil Kesh and Young John having thousands of tweets and mentions.

Reacting, many fans could not help themselves from laughing after they watched the clip on social media. See what people are saying below:

OMG, but this is actually kinda funny though